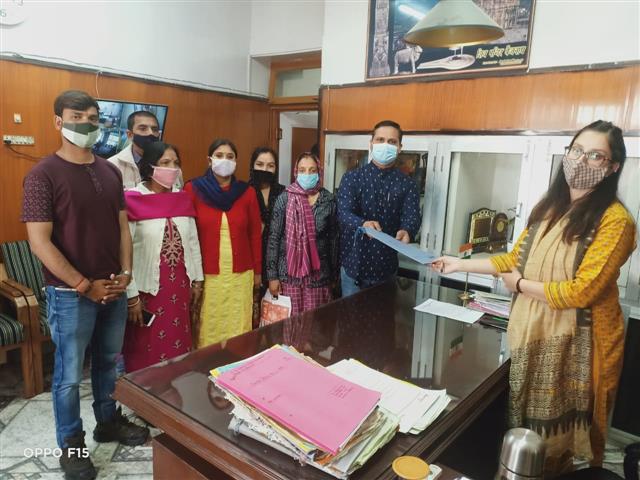 Mahajarna panchayat of Baijnath has decided to launch a crackdown against drug and liquor mafia.

The newly formed panchayat in its general house yesterday announced to impose heavy fine on the persons found involved in drug trafficking, illegal sale of liquor and other illegal activities. Mahajarna is the first panchayat of Kangra district, which has come out against drug trafficking openly.

The panchayat proposed to slap a penalty of Rs 10,000 on violators. Besides, the panchayat will also debar them from taking the benefits of government schemes like subsidised ration, financial assistance for the construction of house under the PM Awas Yojna, grants for marriages, free LPG stoves and cylinders, etc.

In another resolution, the panchayat also proposed to withdraw the facilities of the BPL, IRDP and Antodaya if anyone found consuming liquor and drugs in the village.

Later, the members of the panchayat, headed by Manjit Kumar, pradhan, and Amrit Katoch, up-Pardhan, called on SDM Chavvi Nanta and apprised her of the decision. They also submitted the copies of resolutions to the SDM. Nanta assured them assistance.

BDO Kulwant Singh said the panchayat had power to take such decision for the betterment of society. He said other panchayats should also follow Mahajarna panchayat.

Later, talking to reporters, Manjit and Amrit said the panchayat had taken the steps to check the sale of illegal liquor in the village.