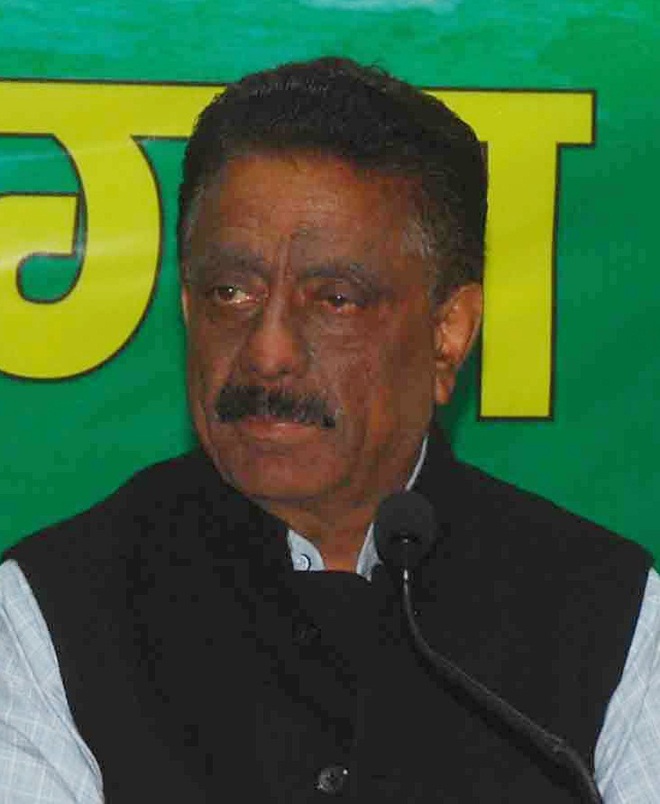 While claiming that the party has done exceedingly well, the Congress today accused the BJP of misusing government machinery and muscle power to garner support in the panchayat and urban local body (ULB) poll.

Addressing a press conference here today, Himachal Pradesh Congress Committee (HPCC) president Kuldeep Rathore accused the BJP of using unfair means to sway voters in its favour. “The BJP not only tinkered with the reservation roster but also misused government machinery to the hilt to ensure support for its backed candidates,” he alleged.

Rathore dared the BJP to hold elections on party symbols if it was so confident of its victory and also issue a list of names of all party backed candidates who had won if they were so sure of their victory. “The claims of the BJP of winning 75 per cent victory is totally false and aimed at misleading the public about the party’s popularity,” he remarked.

Rathore said despite the BJP misusing official machinery, people had backed a vast majority of Congress-backed candidates and it was after a long span of 25 years that the Congress had managed to gain majority in the Theog Municipal Council.

“It was not just BJP ministers and MLAs but even some officials who tried their level best to win over some independent candidates to create an impression that the BJP had swept the poll,” he alleged.

He said the Congress would not allow murder of democracy by the BJP which was desperate to register victory, be it by hook or crook.

Rathore urged the independent candidates, who had won, not to get influenced and fall prey to the inducement being offered by the BJP.