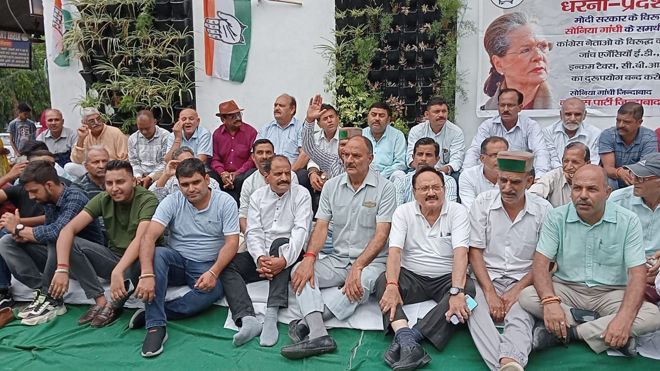 Congress leaders stage a protest in front of the Deputy Commissioner's office in Hamirpur on Wednesday.

Zar said the country would soon become aware about the dictatorial attitude of BJP leaders. Kuldeep Pathania, a former MLA, said that court had closed the National Herald case but the ED reopened it on the direction of BJP leaders. The Congress workers would continue to protest against the “unlawful actions” of the ED, he added.