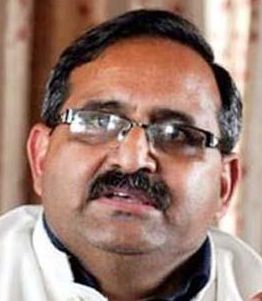 BJP spokesperson Randhir Sharma today said that Congress leaders were making baseless allegations to divert the attention of people from the key issues in the Mandi byelection.

“The Congress is trying to divert the attention of people from the main issues in the byelection. A few days ago, Congress candidate Pratibha Singh gave a controversial statement on the Kargil War, which was tantamount to undermining its importance. She should apologise for her statement,” he said.

“Congress leaders are seeking sympathy votes in the name of former Chief Minister Virbhadra Singh. Pratibha Singh should tell people what she had done for the development of the Mandi parliamentary constituency during her two tenures as MP,” said Sharma.

He said, “The BJP is seeking votes on its achievements. The Central Government has launched several public welfare schemes such as the Ayushman Bharat Yojana, Pradhan Mantri Ujjwala Yojana and the PM Kisan Samman Nidhi Yojana. The state government has also launched the HIM CARE health scheme and the Grihini Suvidha Yojana to cover those families, which were not covered under the Ayushman Bharat Yojana and the Ujjwala Yojana”.