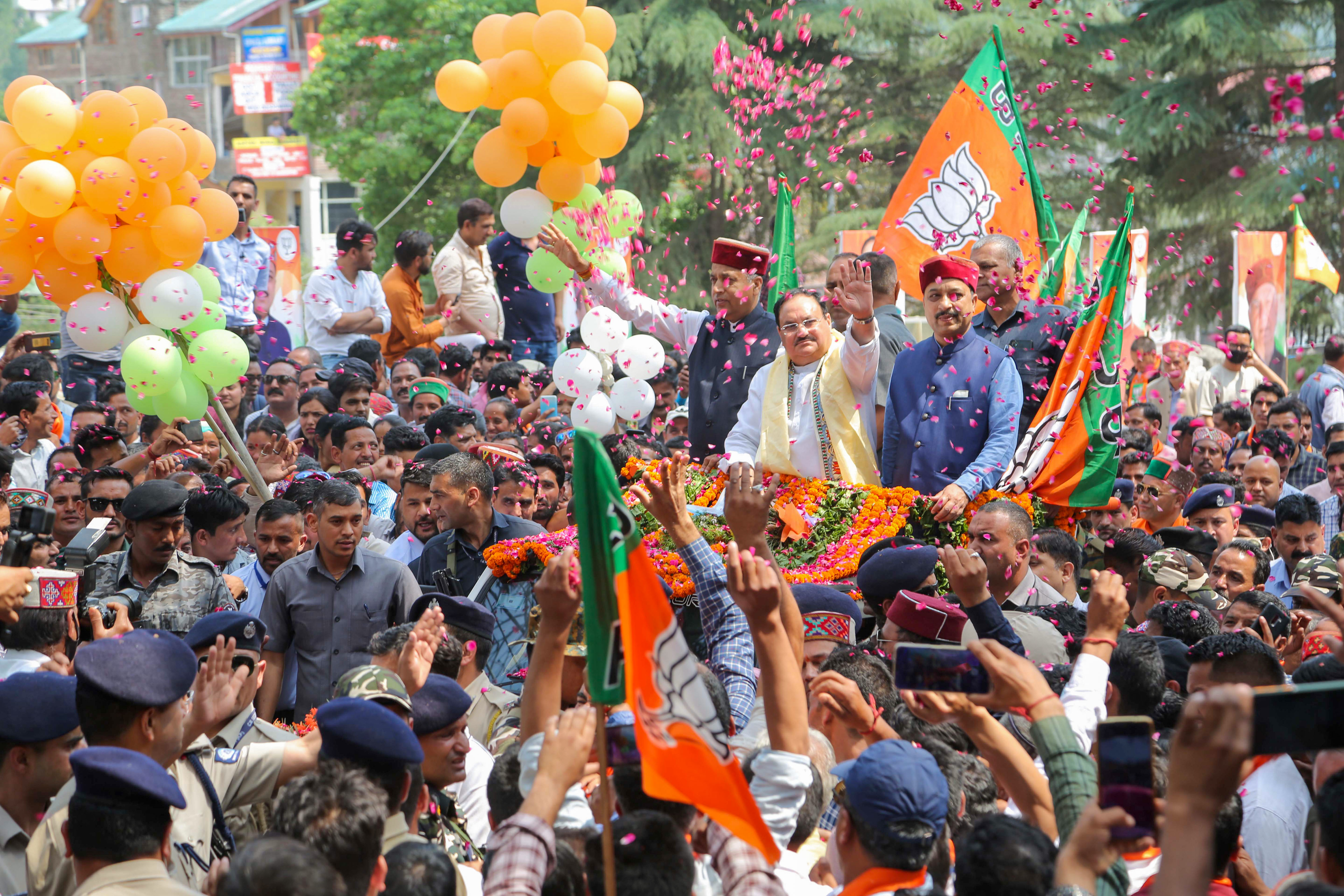 BJP national president Jagat Prakash Nadda lashed out at the Congress and said that special category status of Himachal Pradesh was withdrawn when Rajiv Gandhi was Prime Minister and Virbhadra Singh was the Chief Minister of the state. After the withdrawal, the share of the Central government in various government schemes decreased from 90 per cent to 60 per cent.

Status was restored by Modi

This special category status of Himachal was restored by PM Narendra Modi... Atal Bihari Vajpayee's government had given an industrial package to HP, but the Congress snatched it away. — JP Nadda, National President, BJP

Addressing a public gathering here today, he said that this special category status of Himachal was restored by Prime Minister Narendra Modi. He said, “Atal Bihari Vajpayee’s government had given an industrial package to Himachal Pradesh, but the Congress had snatched this from Himachal Pradesh.”

Lotus is going to bloom for the second consecutive time with full majority in Himachal under the leadership of Chief Minister Jai Ram Thakur and blessings of Narendra Modi as the masses of Himachal had made up their minds to bless the BJP, Nadda said. The BJP government had done tremendous development in the state and launched various welfare schemes to benefit every section of the society, he said.

“Rohtang tunnel, dream project of Atal ji, was completed at a fast pace under Modi’s directions,” he said.

“An Indian Institute of Management is being constructed at Sirmaur at a cost of about Rs 392 crore. AIIMS is coming up in Bilaspur at a cost of about Rs 1,400 crore. Trauma centers are being constructed at nine places in the state, including Kullu. Four new medical colleges have been set up at Shimla, Chamba, Hamirpur and Nahan. The work of the improvement of national highways has been done by our government. According to the World Bank, the number of extreme poverty in India has decreased by 12.3 per cent under the Modi government,” Nadda said.

Earlier, Nadda held a roadshow from College Chowk to Rath Ground in an open jeep. Later, he flagged off 50 new ambulances for Himachal at Bhuntar.