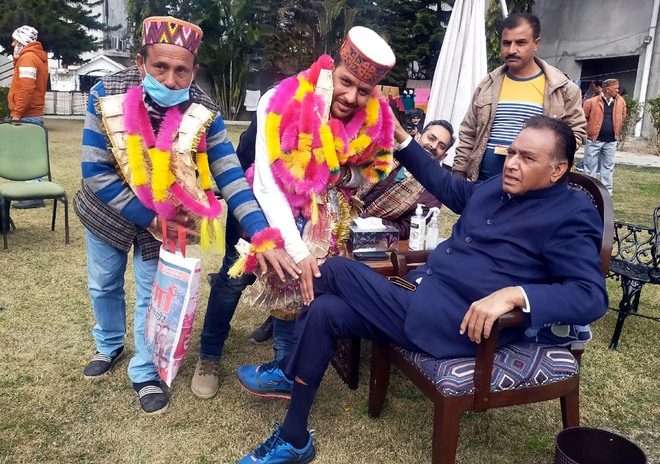 Both the BJP and the Congress claimed victory in the Kangra Zila Parishad elections. Till the filing of this report, the results for 52 out of 54 wards of the Zila Parishad were declared. The BJP claimed that it won 25 wards and six of its affiliated members have also won. The Congress also claimed victory in 18 wards and the support of the Independents, who were their candidates. The key to the election to the post of chairman of the Zila Parishad lies in the hands of Independent candidates, as both BJP and Congress could not secure a majority.

Many winning candidates along with their supporters met their political mentors.

Five zila parishad members met former Congress minister GS Bali at his residence to thank him for his support.

Minister for Industries and Transport Bikram Thakur claimed that the BJP had won three of four wards in Dehra subdivision.

The son of BJP legislator from Jawali, Lakhshaya Thakur, won the election from the Mehra ward.