Ruling party wins 11 of the 15 wards, Congress gets only 4

The ruling BJP dished out an impressive performance in the Mandi MC poll, winning 11 of the 15 wards. The Congress could register victory only in four wards while Independents drew a blank.

The elections were held on party symbol for the first time in the newly created Mandi MC and the prestige of Chief Minister Jai Ram Thakur was at stake. The results came as a big boost to the BJP. 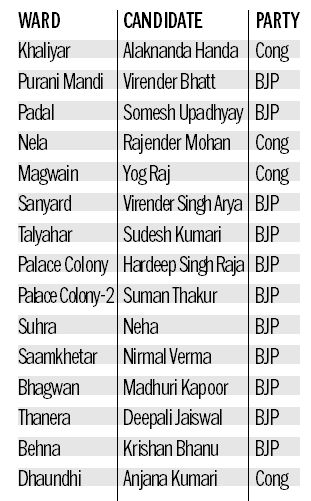