41 of 42 residents of a village test positive 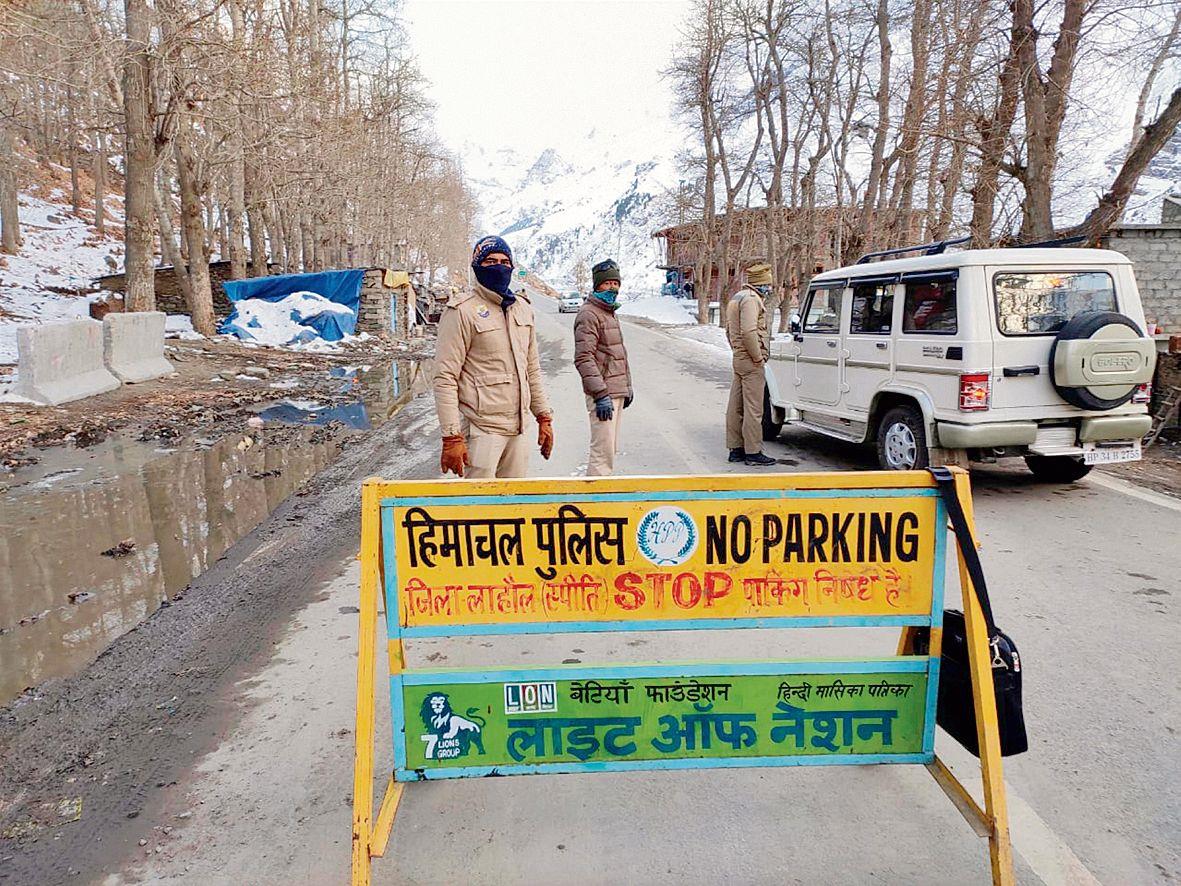 Police stop a vehicle near Sissu in Lahaul-Spiti district on Saturday. PTI

With seven Lahaul and Spiti panchayats witnessing a sudden spurt in Covid cases over the past fortnight, the district administration has barred the entry of outsiders into the tribal region that has been attracting a lot of tourists ever since the Rohtang Atal Tunnel was inaugurated.

The administration has imposed restrictions under Section 144, which prohibits the gathering of five or more persons and the holding of public meetings, in the seven panchayats. Four of the panchayats — Sissu, Sanskar, Gondla and Koksar — are in Lahaul and the rest in Spiti.

As many as 166 Covid cases have been reported from Gondla panchayat alone over the past two weeks. The situation has been alarming in Tholang village where 41 of the total 42 residents have tested positive. Only 52-year-old Bhushan Thakur remained untouched by the virus.

Officials said the infection could have spread during a function, associated with a local deity, organised a few days ago.

Lahaul and Spiti Deputy Commissioner Pankaj Rai said outsiders would not be allowed beyond the Forest Department nursery near Sissu, which is close to the Atal tunnel’s north portal. A police check post has been set up to keep tabs on visitors. The ban, however, excludes locals and Army personnel, who take this route to proceed to Ladakh and other border areas.

The opening of the tunnel has allowed all-weather access to the tribal belt, which otherwise remained out of bounds for visitors during the winter months. Having a population of around 14,000, the district has reported 939 positive cases — 455 are active —and five deaths.

Shimla: Amid a spike in Covid cases, the administration has directed all markets in Shimla district to be closed on Sundays. Only those selling essential commodities would be allowed to open.