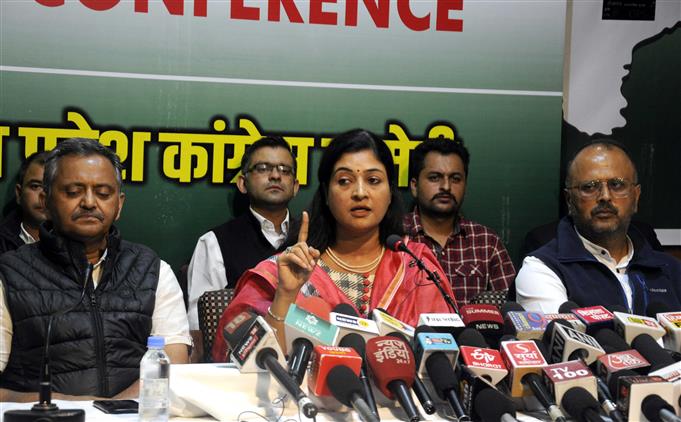 Congress spokesperson Alka Lamba today said that the Congress would protest in front of the Raj Bhawan here against the Central Government for attempting to suppress the voice of the Opposition on core issues such as price rise and unemployment.

She said, “The Congress will continue to raise its voice against injustice even if the government imposes Section 144 or arrests us. We will persist with our peaceful satyagraha even if we are arrested.” She added that attempts by the Central Government to harass AICC president Sonia Gandhi and her son Rahul Gandhi and the sealing of the National Herald office by the Enforcement Directorate will not silence or scare the Congress.”

Alka said, “The Parliament session is going on since July 18 but till date, no debate on issues like price rise, unemployment, Agniveer scheme and the GST on food items has been allowed. However, the issues were finally discussed in Parliament on August 1.” However, the Union Finance Minister refused to acknowledge any of these problems, dismissing the concern expressed by opposition parties, she added.