Highway to be restored for traffic on Friday; light vehicles diverted via alternative route 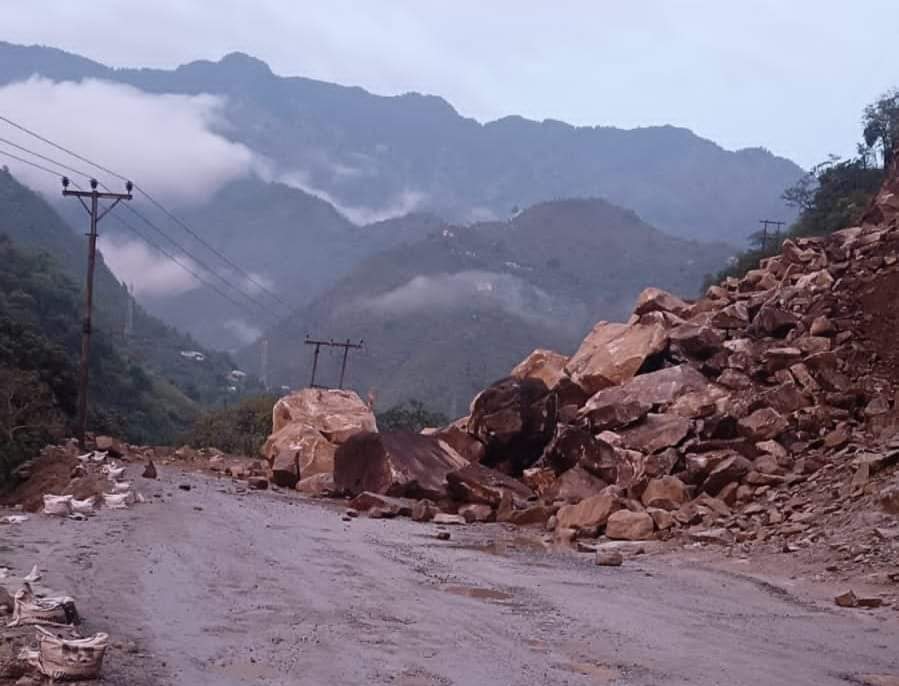 A portion of Chandigarh-Manali highway blocked by landslide.

Chandigarh-Manali highway was blocked for traffic movement between Mandi and Kullu districts on Thursday evening due to a massive landslide at 6 Mile, few km ahead of Mandi town towards Kullu.

According to police, the traffic movement has completely come to a standstill due to the landslide. A large number of vehicles either coming to Mandi from Kullu or going to Kullu from Mandi side are stuck.

The police have diverted light vehicles between Mandi and Kullu via Mandi-Kataula- Kullu route. This road is fit only for the movement of light vehicles.

The movement of heavy vehicles has been stopped beyond Mandi towards Kullu from the Mandi side and beyond Pandoh towards Mandi from the Kullu side.

It is expected that highway will be restored for traffic tomorrow.

Mandi SP Shalini Agnihotri said the stranded passengers have been accommodated at a gurdwara for the night. Light vehicles have been diverted via the alternative route.

Police are monitoring the situation in the area.

Due to heavy rain for the last two days and the ongoing widening work of highway, the road stretch between Mandi and Kullu has become prone to landslides.