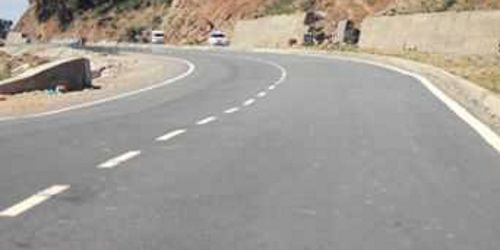 Residents of two dozen villages of the Chandpur area of Palampur yesterday lodged a strong protest against the decision of local army authorities to close the Chandpur- Palampur road for civilian traffic forcing them to take a detour of 10 kilometers. Commuting if the road is not closed is just 500 meters.

Irked by the decision, over 150 residents gathered at Chandpur panchayat bhavan to lodge their protest against road closure. They said they had been using the road since 1945 when the army cantonment at Holta was set up. The then army authorities allowed the villagers to use the road passing through the cantonment since the village land had been acquired for the cantonment with the consent of local panchayats. Besides, the army authorities had promised all facilities to local residents.

Talking to reporters, the villagers said that army authorities had recently agreed to construct a new road along the boundary army cantonment for civilians but authorities failed to honour this commitment. It was now difficult for them to call an ambulance in late hours as the army had banned the entry of all civilian vehicles. Even schoolchildren are being stopped from using the road with their two-wheelers.

They alleged that their problems were multiplied ever since Div HQs was set up at Holta and army officials were not ready to listen to their genuine problems. They said they had met the local MLA and MP several times to sort out the issue but in vain.