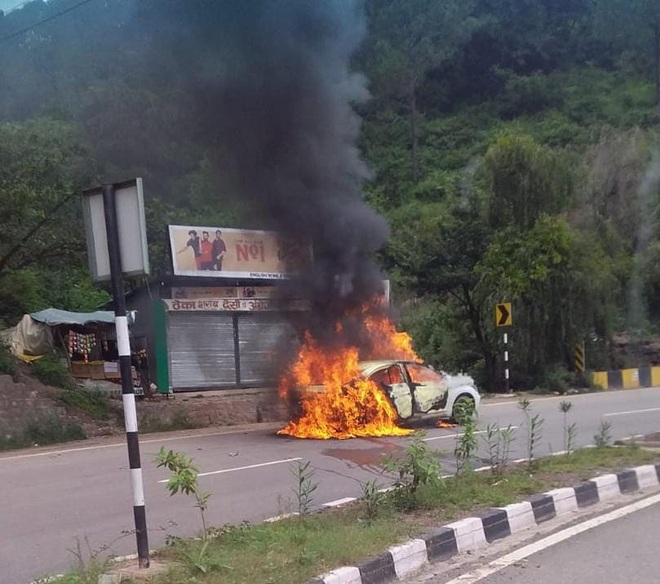 A car, which caught fire near Sanwara on the Dharampur-Parwanoo section of National Highway-5. Tribune photo

Four occupants of a Maruti Ciaz had a close shave when their car suddenly caught fire near Sanwara on the Parwanoo-Dharampur section of the National Highway-5 this afternoon.

Derabassi resident Ankush and three other occupants managed to climb out of the car after halting it on the road as soon as the fire started. They were on the way to Shimla from Derabassi when the mishap occurred, informed police officials.

The car had been bought merely three months ago and as per initial estimates, a short circuit appears to have caused the blaze.

They were treated at a local hospital and the cause of the fire is yet to be ascertained, he said.