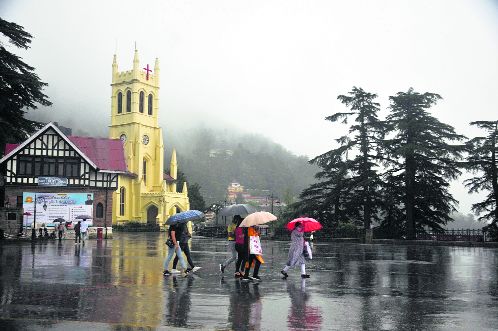 The debris entered the barracks of the Army and also blocked the Hindustan-Tibet National Highway. The house of a local, Ram Pal Negi, was damaged, reports said. The highway remained blocked for a few hours and the traffic was restored at 10 am today.

The local MeT office has predicted rain and thunderstorm in mid and lower hills and rain and snow in higher hills over the next six days and issued yellow warning of heavy rain in lower and mid hills on August 9.