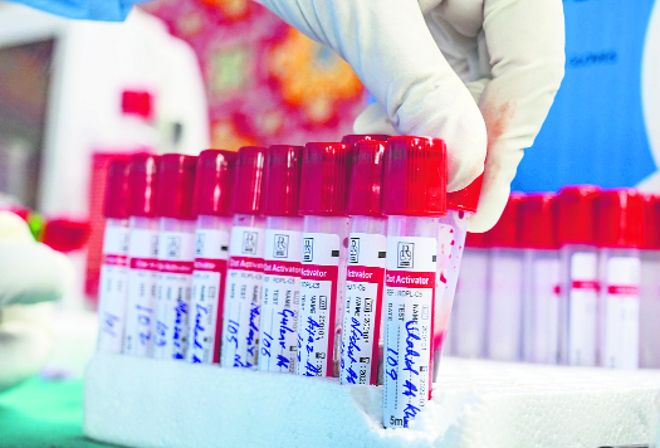 Chief Minister Jai Ram Thakur today ruled out making the Covid test mandatory for anyone entering the state from outside, as suggested by the HP High Court in its order.

“We respect the court recommendations, but I am of the opinion that we are past that stage where restrictions on the borders could prevent transmission. Now, the virus has spread and making the test mandatory at this stage will not serve the purpose,” he explained.

The state government has come in for severe criticism following the court observations that are a clear reflection on the state of affairs with regard to the Covid handling. He said that the suggestions being made by the High Court were being examined and the practical and feasible recommendations would be implemented. The objective was overall improvement in facilities for the Covid management. “I have told the Chief Secretary to look into the suggestions made by the court and later I will review the situation,” said the Chief Minister.

The government has taken tough decisions, which are being implemented in letter and in spirit. It is also a fact that we have enhanced our testing almost three times and that is also probably another reason for the spike. —Jai Ram Thakur, Chief Minister

On the Covid management, he said whatever best the government could do had been done. “The court, in its order, has clearly observed that even the general public acted irresponsibly which resulted in further transmission. We, too, have been time and again reiterating that the callous behaviour during marriages resulted in the surge, a fact also pointed out by the court,” he said.

Thakur said the government had now taken tough decisions, which were being implemented in letter and in spirit. “It is also a fact that we have enhanced our testing almost three times and that is also probably another reason for the spike. There are some states which have reduced testing,” he said.

He said senior doctors had been visiting the Covid wards regularly and there was no shortage of oxygen, as being wrongly reported.

Regarding the Panchayati Raj elections, the Chief Minister said the elections were to be ordered by the Election Commission and the government had to only facilitate and make arrangements. lts are declared,” he said.

The Chief Minister said in case the Covid situation did not improve, there would be no celebrations on the BJP regime completing three years on December 27. “The function will be a simple one and the option of holding a virtual event also lies with the government,” said Thakur.