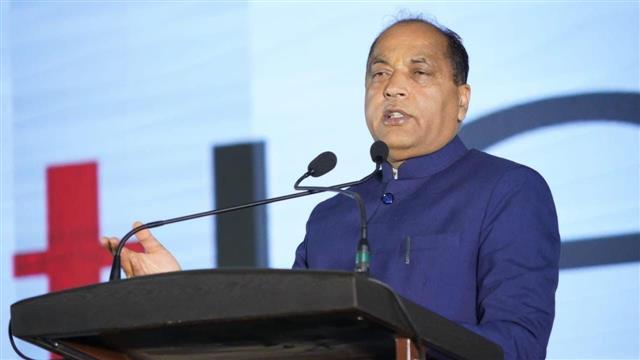 Chief Minister Jai Ram Thakur today said the state government was committed to make Himachal Pradesh the best investor destination in the country. The Chief Minister was on a day’s tour to Baddi where he inaugurated an industrial unit. He said owing to their continuous efforts Himachal has attained 7th rank in Ease of Doing Business in the country.

Elaborating further, he said the state government had received approval for a Medical Device Park worth Rs 269 crore at Nalagarh. “The matter of setting up a Bulk Drug Park in the state has been taken up with the Government of India and I am hopeful it would get approval. An investment of more than Rs 50,000 crore would be made and this would provide employment to 15,000 to 20,000 people of the state.”

He said the DPR of the Electronic Manufacturing Zone to be set up with an investment of Rs 150 crore had been prepared and soon it would be sent to the Central Government for approval.

Thakur said the pace of development and industrial investment was affected due to the pandemic.