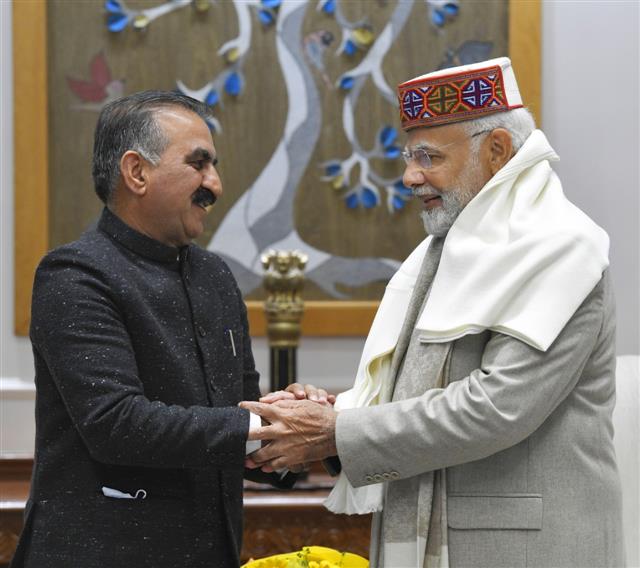 Chief Minister Sukhvinder Singh Sukhu on Tuesday called on Prime Minister Narendra Modi at New Delhi. It was a courtesy call after take over as the chief minister post in Himachal.

Besides discussingissues of various development projects under implementation in the state, the chief minister also requested for liberal assistance from the Centre for giving fillip to the ongoing development works.

The chief minister assured the prime minister that the state government would effectively implement the centrally launched schemes like'Pradhanmantri Gati Shakti Yojna’, and 'Parvatmala Yojna’ for construction of ropeways.

He said that both these schemes would immensely benefit the people of the state, adding that the connectivity and infrastructure development were thefocus areas of the present government besides generating employment opportunities.

The chief minister also honoured the prime minister with a traditional memento, Himachali shawl and a cap.

The prime minister congratulated Sukhu on becoming the chief minister and assured all possible support to the state.