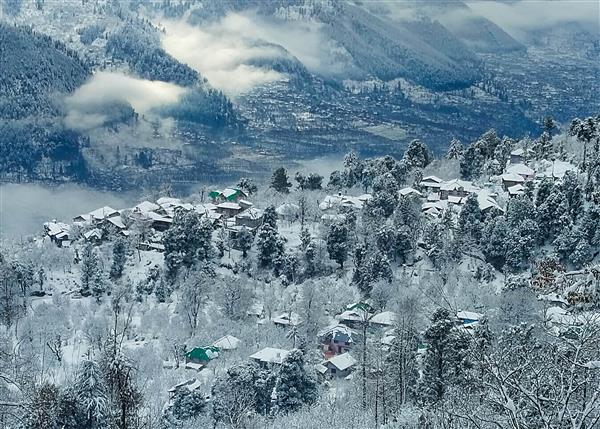 A view of the snow-covered Kullu valley, near Manali. — PTI file

Tribal district Lahaul-Spiti’s administrative centre Keylong was the coldest place in the state recording a low of minus 13.4 degrees Celsius, the meteorological department said.

The weather office issues colour-coded warnings to alert people ahead of severe or hazardous weather that has the potential to cause “damage, widespread disruption or danger to life”. Yellow, the least dangerous of all weather warnings, indicating the possibility of severe weather. PTI