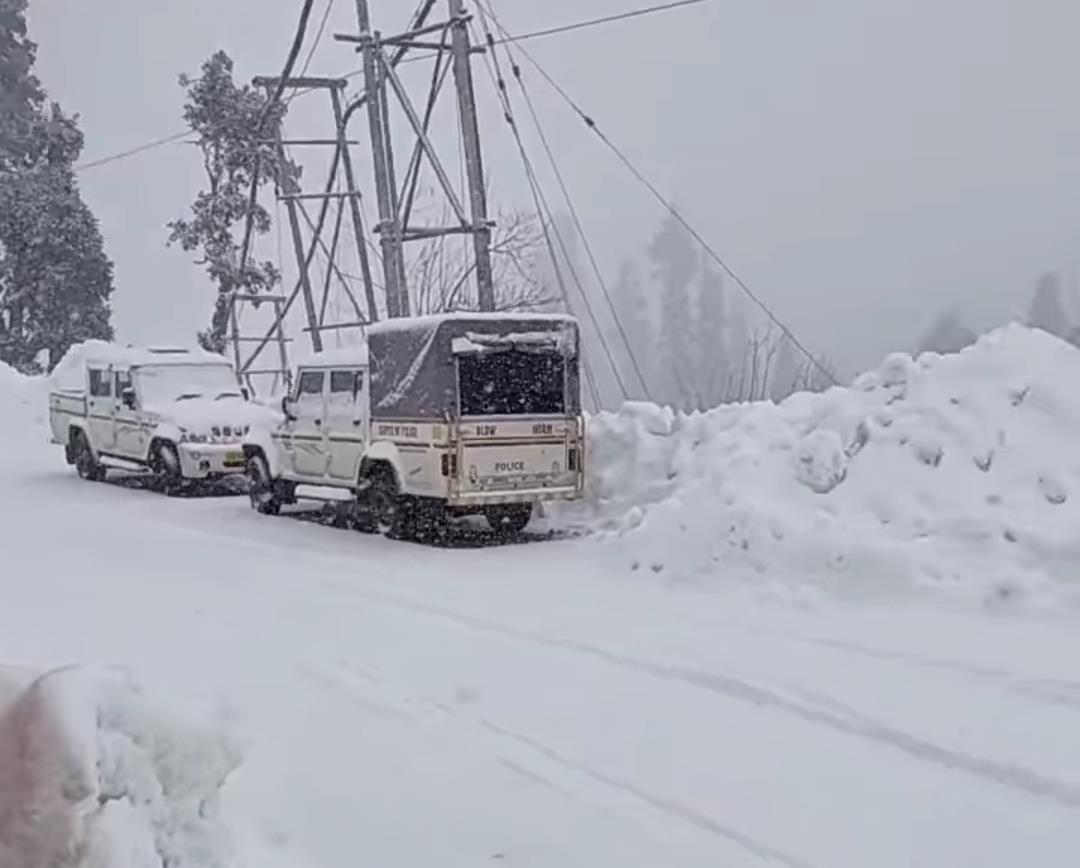 Vehicles stuck near the Atal Tunnel after heavy snowfall in Manali on Tuesday. Tribune photo

Solang and Jalori Jot received 7.7 cm, while Kukumseri, Keylong, Chaudhar and Tindi got 5 cm of snow each, officials said.

They added that drizzle and mild rain were witnessed at several places, including Manali (11 mm), Chamba (7 mm), Bilaspur (5 mm), Una (2 mm), as well as Shimla, Sundernagar and Bhuntar (1 mm) each.

As many as 164 roads, 139 in Lahaul and Spiti, 13 in Kullu, four in Mandi, three each in Shimla and Chamba and two in Kangra district were closed for vehicular traffic following snowfall, officials said.

The local MeT office has predicted thunderstorm, lightning and hailstorm at isolated places in the plains and low hills of eight districts barring Kullu, Shimla, Kinnaur and Lahaul and Spiti on Wednesday.

It has also predicted wet spell till January 30 as another western disturbance would affect the region from January 27 night. The farmers in Mandi district have been advised to take precautions against waterlogging which results in in rotting of plants and poor germination.

The department has also warned about the possibility of breaking of apple branches due to heavy load of snow in Shimla and occurrence of yellow rust in wheat due to increase in relative humidity in Solan district as per the Impact Based Agriculture Forecast for agriculture and horticulture.

The average minimum temperatures were below normal and Keylong in Lahaul and Spiti district was coldest with a low of minus 7.6 degree followed by Kukumseri at minus 7.4 degrees Celsius and Kalpa minus 1.8 degree C, it said.