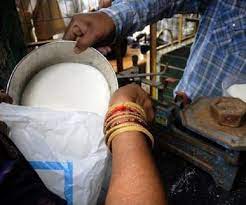 The State Food, Civil Supplies and Consumer Affairs Department appealed all consumers of the state to complete the e-KYC (electronically know your customer) process by June 15 by visiting their nearest fair price shop along with their family as the ration card data is being matched with the Aadhaar card data.

Apart from this, consumers who are residing in other places of the state due to job, education can get the e-KYC done by visiting any near fair price shop, a spokesman of the State Food, Civil Supplies and Consumer Affairs said.

He said as per the Targeted Public Distribution System (TPDS) Control Order-2015, it is mandatory for the state governments to evaluate the list of beneficiaries so that unauthorised families and beneficiaries can be removed from the database and the details of the right beneficiaries are entered in the Aadhaar. With this, the beneficiaries will be able to easily use the ration card data in other schemes as well.

The spokesperson said e-KYC is a simple process and if the consumer goes to the fair price shop to get the ration, his e-KYC will be done by the shop holder at the same time. He said for every successful e-KYC, the shop operator would be given Rs 4 per entry as remuneration by the government.

The department in collaboration with the Department of Information Technology has provided training to all fair price shop holders for e-KYC. Training has also been given to all district panchayat officers, block development officers and panchayat secretaries and assistants in this regard, he added. The spokesman said if for any reason the e-KYC Aadhaar authentication fails, the consumer can visit the office of Panchayat Secretary or Assistant in rural area and Food and Supplies Inspector in urban area.