Congress has lost its voter base: Jai Ram Thakur 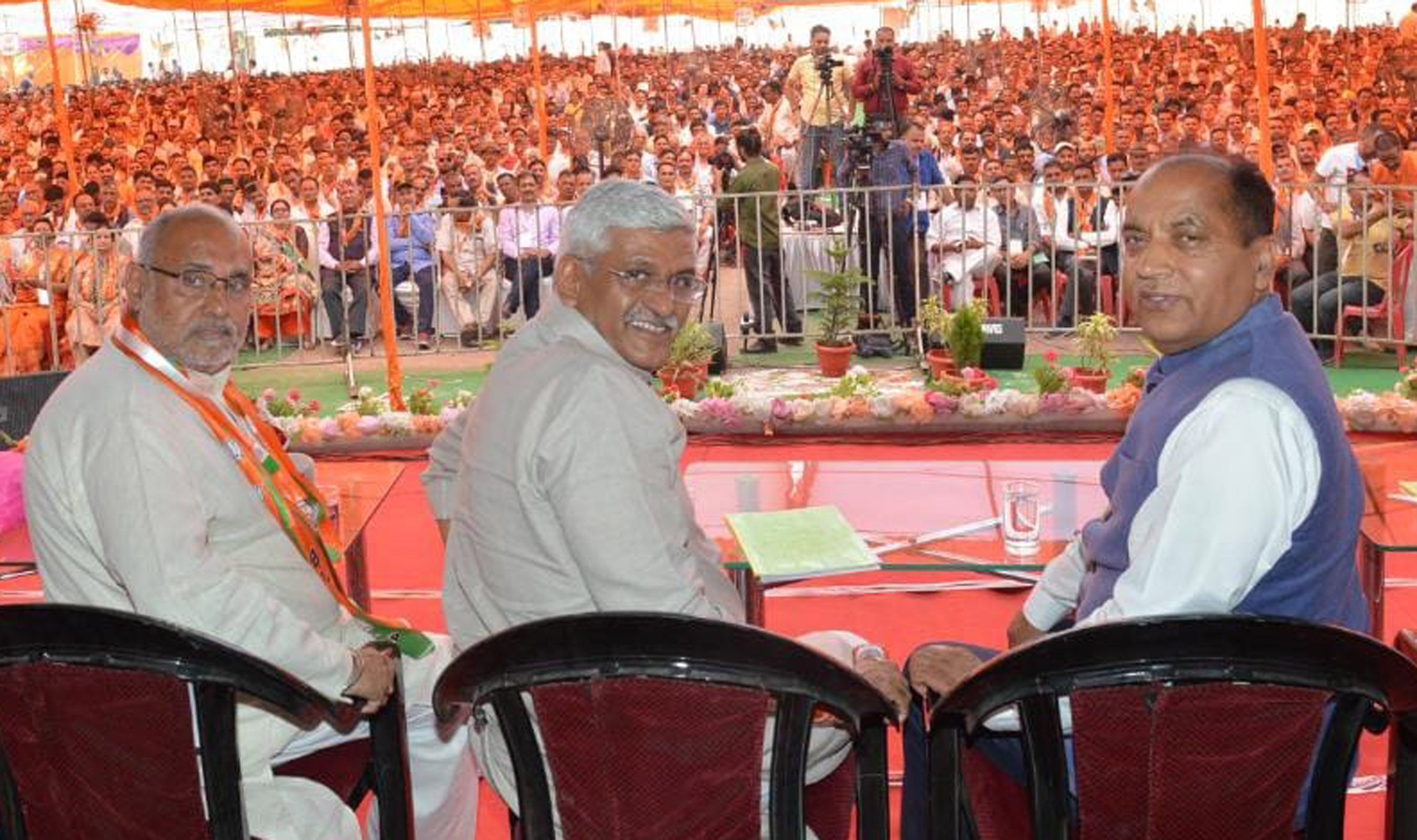 Chief Minister Jai Ram Thakur today urged BJP workers to work with greater commitment and dedication to ensure the success of the Mission Repeat in the state. He was speaking at the Tridev Sammelan organised at Sundernagar in Mandi district.

Thakur congratulated people on the occasion of Kabir Jayanti. “BJP workers of Himachal are known for their dedication and commitment. It is only in the BJP that a common party worker can rise to the top post in the party, whereas all other political parties were headed by families. The government does not make an organisation, but it is the organisation that makes the government,” he said.

“The Congress has lost its voters’ base in the country and also in Himachal. The people of Himachal have made up their mind to ensure the BJP’s return to power again,” he said.

Union Jal Shakti Minister Gajendra Singh Shekhawat said it was due to the excellent work done by the Jai Ram Thakur government that the BJP was poised to come to power again. He also recalled the contributions of senior BJP leaders like Shanta Kumar, Prem Kumar Dhumal and Maheshwar Singh in nurturing the party in its early stage.

“The Jal Jeevan Mission has proved to be a boon to crores of women in rural areas where there is a scarcity of water,” said Shekhawat.

Later, Shekhawat, along with the Chief Minister, announced Rs 23 crore for the improvement of a lift drinking water supply scheme for Sundernagar.