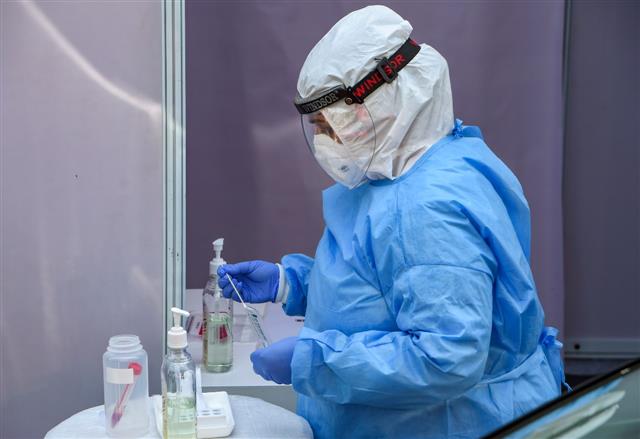 Kangra reported the four new cases of the deadly disease, taking the total in the district to 73.

Five deaths and nine more coronavirus positive cases were reported in Himachal Pradesh on Friday, taking the number of COVID-19 cases in the state to 291, officials said.

Of the fresh cases, five were reported from Hamirpur and four from Kangra, they said, adding that all of them had recently returned from other states.

Four of them had returned from Maharashtra, two each from Gujarat and Delhi, and one from Rajasthan, the officials added.

A 31-year-old man and his 28-year-old wife tested positive for the virus in Hamirpur, Deputy Commissioner Harikesh Meena said.

The couple had recently returned from Ahmedabad and was quarantined at a college in Nadaun, the DC said.

Their samples were taken on May 26 and their reports arrived on Friday morning, he added.

Meena said they were being shifted to district COVID-19 care centres.

Hamirpur now has 98 COVID-19 cases, over one-third of the total reported in Himachal Pradesh, a senior district official said, adding that 88 of these are active and one person has died of the disease.

Kangra reported four new cases of the deadly disease, taking the total in the district to 73. Three of the new patients had returned from Maharashtra on May 25 and were kept under institutional quarantine at Parur. They are being shifted to COVID-19 containment centre at Dadh.

A 75-year-old man who had a kidney ailment also tested positive on Friday. He was on dialysis and was kept under home quarantine after he came from Delhi four days ago. He was being shifted to medical college Nerchownk in Mandi owing to his health issues.

Hamirpur has the highest number of active cases at 88, followed by 52 in Kangra, 15 in Una, 14 in Solan, 11 in Bilaspur, nine each in Chamba and Mandi, seven in Shimla, two in Sirmaur and one in Kullu. —with PTI