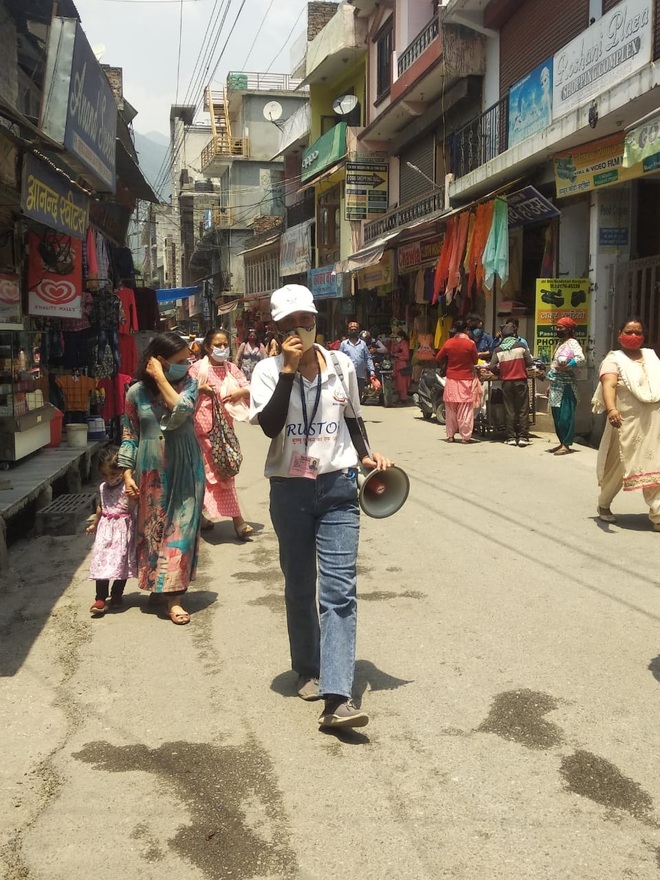 A volunteer advises people to adhere to the Covid safety guidelines at the Bhuntar market in Kullu on Wednesday.

Residents and traders here have urged the government to earmark micro-containment zones in Covid hotspots and provide relaxation in the curfew in other areas. They said as the cases were decreasing and the second wave of the pandemic was subsiding, the curfew relaxation hours should be increased.

There were 995 active cases in the district on May 19 during the peak of the second wave here, while the number reduced to 360 on June 8. The average number of daily cases has also reduced considerably.

The traders said increasing the curfew relaxation hours would also avoid crowding, which was witnessed at certain shops due to the small window of five hours. They said the marketing yards were functioning normally and general markets should also be open for longer duration.

Residents said auto-rickshaws and taxis should also be allowed to ply. The people were facing inconvenience due to the lack of transport facilities. Patients and elderly people without any conveyance are the worst sufferers.

Kullu DC Richa Verma said the tourists were being allowed to enter the district with the Covid test report along with the e-pass. She said tourists who had taken the second shot of vaccination at least 12 days earlier were also being provided with e-passes. She added that cases had started declining but the administration was on alert.