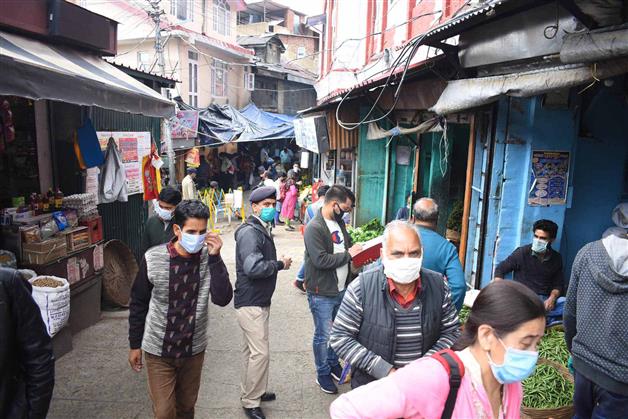 Chamba police have booked a Covid-positive patient from the Salooni area of the district under Section 307 of the IPC (attempt to murder) for violating home quarantine and allegedly infecting two of his friends and his two year old daughter.

This is first case in Himachal in which a Covid-positive person has been booked for attempt to murder for spreading infection. DGP SR Mardi had openly announced in the media that Himachal police would invoke the provisions of Section 307 of IPC against people who spread Corona infection in the state.

The person was working as a truck driver in Baddi area of Solan district and had returned home in Chamba. On May 5, he was detected positive for coronavirus. Though asymptomatic, he was tested during random sampling by the health authorities of Chamba.

He was supposed to stay under home quarantine after coming back to his home from Baddi, the accused allegedly partied and drank liquor with two of his friends. The person also shared cigarettes with his friends while partying. Later, two his friends and two-year-old daughter tested positive for Covid.

DGP SR Mardi in his press briefing today said the case under Section 307 of the IPC has been registered against the Chamba man in Salooni for infecting his daughter and two friends.

The Chamba SP, when contacted, said the case against the Covid positive patient was registered on May 8 for violating home quarantine. Later when the police investigation revealed that he had partied and spread coronavirus among two of his friends Section 307 of the IPC was added in charges against the accused.