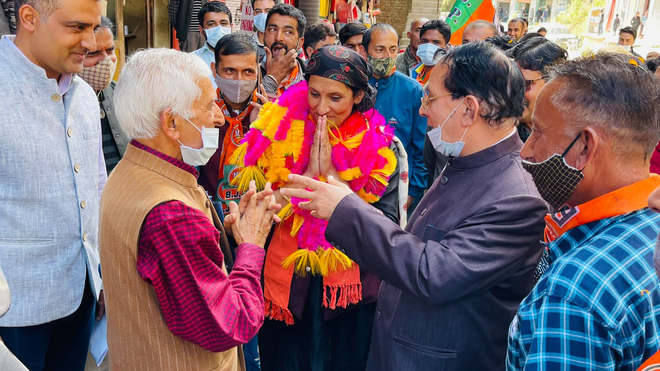 Development is BJP’s weapon against the malicious and misleading propaganda of the Congress and an ordinary worker fielded by the BJP would ensure win of the party from Jubbal and Kotkhai Assembly constituency, Urban Development Minister Suresh Bhardwaj today said.

Addressing a public meeting at Tikker in Jubbal and Kotkhai constituency, Bhardwaj said, “It is only a party like the BJP that respects and recognises every common worker like Neelam Saraik,” he said. Party workers and the people of Jubbal-Kotkhai would respect this sentiment, he added.

“The BJP government has ensured the overall development of the constituency and two SDM offices were opened here, besides a block office in Jubbal,” he said.

Bhardwaj said that the BJP was seeking votes in the name of development while the Congress had no issue and was indulging in spreading misinformation and a false propaganda.