Proposal being prepared to get clearance under Forest Conservation Act 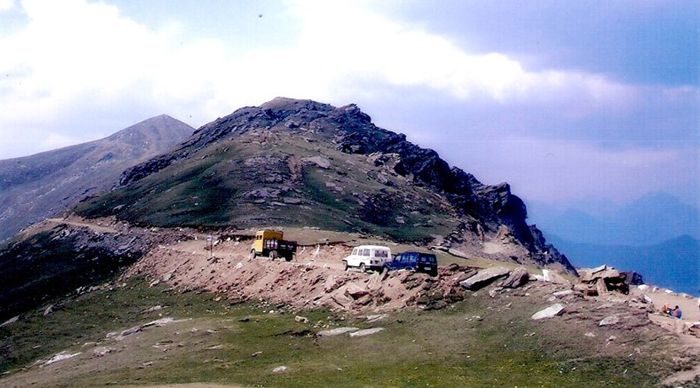 Vehicles on their way to Dodra-Kwar. Tribune photo

More than 20 villagers of the remote Dodra Kwar subdivision of Shimla district have donated their land for the construction of a 2-km all-weather road from Gosango in Pujarli (Dodra Kwar) to Harli at Seva Dogri (Uttarakhand).

A case is being prepared to get clearance under the Forest Conservation Act (FCA) as 7,584 sq m of forestland and 1,279 sq m of private land are involved. The road to be constructed at a cost of Rs 2.47 crore is proposed to be five to seven metres wide having a bridge. The Public Works Department (PWD) has prepared the detailed project report (DPR).

There are five panchayats in Dodra Kwar subdivision, namely Dodra, Kwar, Jhaka, Jiskun and Dhanderwadi, with a population of about 8,000. People face huge dificulties during emergencies as patients have to be airlifted or they have to trek several kilometres to reach Uttarakhand and return as Dodra Kwar remains cut off from the rest of the state from mid-November to mid-March, following snowfall at Chansal.

All these panchayats have been connected through USAT but connectivity is a perennial problem due to issues of bandwidth and congestion as signal is received through satellite. “Due to the lack of reliable Internet connectivity, we are unable to communicate even during the times of emergency when a mishap occurs and a person dies,” says Lalita Chauhan, pradhan of Jiskun panchayat.

“The education of students suffered during the pandemic as Internet facility was not available for online studies. We had to send our children to Rohru for education,” says Anjana, pradhan of Dhanderwadi panchayat.

The BSNL will install a telecommunication tower at Chansal and Rs 1.54 crore has been sanctioned and released for the purpose. Airtel will also use the tower to provide 4G services, enabling interactive learning, smart classrooms and tele-medicines, says Aditya Negi, Deputy Commissioner, Shimla.

“The DC has visited the subdivision thrice in one and a half years. Our grievances are being heard and development projects are underway in the subdivision,” say pradhans of all five panchayats.