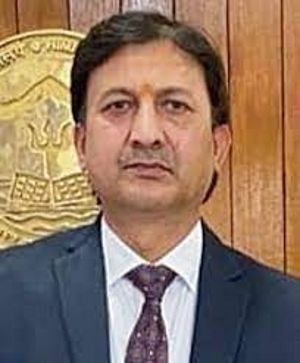 A petition in the Supreme Court has challenged the appointment of Dr Sikander Kumar as Vice-Chancellor of Himachal Pradesh University (HPU) for alleged violation of terms and conditions of eligibility issued in the advertisement notice and statutory regulations issued by the UGC.

The High Court had said, “The petitioner has not levelled any allegation or mala fides against the members of the search committee. Consequently, when the search committee is taint-free, its expertise in making the selection is unquestionable, nor its opinion can be substituted by the court.”

However, the petitioner alleged that the appointment had not been made in accordance with the UGC Regulations, 2010, which required that a person being appointed as a Vice Chancellor must have an experience of 10 years as a Professor or 10 years of experience in an equivalent position. He alleged that Dr Sikander Kumar misled the search committee regarding possessing the requisite experience.

In his petition filed in the top court through advocate DK Thakur, Dr Dharam Pal Singh contended that the High Court failed to appreciate in proper perspective the fact that appointment of Vice Chancellor of HPU established under Himachal Pradesh University Act, 1970, has been done in complete violation of terms and conditions of eligibility issued in advertisement notices, UGC statutory regulations 2010 and the Supreme Court’s judgment in Ghambirdan Vs State of Gujarat.