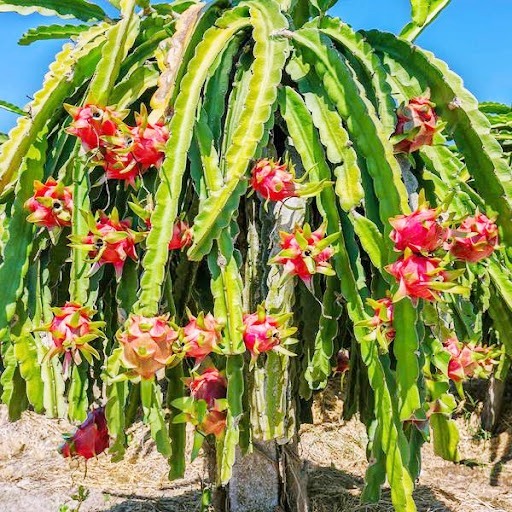 The Himachal Pradesh Rural Development department has dovetailed the MNREGA scheme to boost farm income through cultivation of dragon fruit in the state and Una district has been chosen for implementing a pilot project, said Agriculture and Rural Development Minister Virender Kanwar while presiding over a training workshop for progressive farmers on cultivation of the exotic fruit.

The minister said for 100 per cent assistance for farm activity, maximum to a limit of Rs 1 lakh will be provided under MNREGA to farmers who intend to cultivate dragon fruit. He said dragon fruit can be one of the major cash crops in the region. Its cultivation will boost economy of the farmers.

Kanwar said cultivation of cinnamon has already been initiated in five districts of the state, adding that asafoetida cultivation is also being promoted in those regions of the state where weather is conducive for the species. He said since the farmers of Himachal Pradesh have small land holdings, there was a need for diversification and cultivation of high yielding exotic crops to boost the farm income.

Technical experts, who imparted training to progressive farmers, said the climatic conditions and soil in Una district were conducive for cultivation of dragon fruit. Besides, fig and guava can also be promoted as cash crops in the region, they said.

Chintpurni MLA Balbir Singh, who was present on the occasion, stressed on the need for adequate and ready availability of fruit seedlings to the farmers and also suggested setting up of a nursery for propagation of exotic fruit species like dragon fruit and fig in Una district.