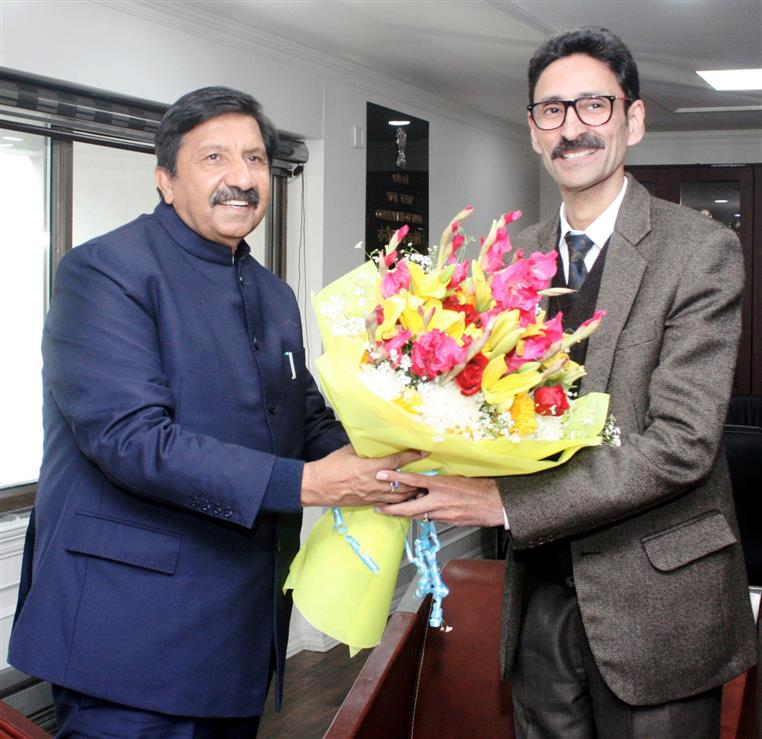 Deputy Chief Minister Mukesh Agnihotri on Monday sought the release of Rs 350 crore for the Phina Singh Medium Irrigation Project at Nurpur in Kangra district, according to an official statement issued here.

Agnihotri met Central Water Commission (CWC) Chairman Kushvinder Vohra in New Delhi and held discussions about strengthening the irrigation sector in the state, besides urging him for liberal funds.

He said that the irrigation project at Nurpur in Kangra was started in 2011 at an initial cost of Rs 204 crore, which has escalated to Rs 646 crore. The state had spent Rs 283 crore from its own resources on the project, he added.

Agnihotri urged Vohra for the early release Rs 350 crore so that the project could be completed on priority. He said that the project was on the priority list of the Union Government as well.

He said that 5,000 hectares to be covered under the Shah Nehar project was not getting adequate water for irrigation and the state had requested the Central Government for additional resources to provide irrigational facilities.

He also urged the Central Government to provide speedy approval for the Beet Area Irrigation Scheme, Phase-II, in Una district to be completed at a cost of Rs 75 crore.

Agnihotri said that the state government had completed the phase -1 of the project with its own resources. He added that the Nadaun irrigation scheme would be completed in next two or three months.

He invited the CWC Chairperson to visit the state along with his team of experts to explore the possibility of strengthening the existing schemes and preparing a roadmap for future planning and implementation of new irrigation schemes.

Agnihotri said that more focus was required on flood control measures and channeling rivulets. The CWC chairperson assured of all possible support to the state, the statement added.