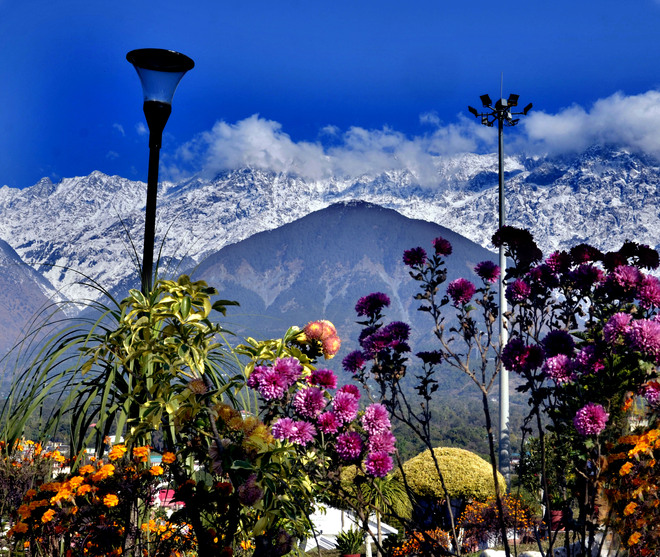 The Dhauladhars seen from the Vidhan Sabha at Tapovan. Kamaljeet

Severe cold wave conditions gripped most parts of Himachal as night temperatures hovered around the freezing point at many places while Shimla and Dharamsala were warmer compared to other places in lower hills.

Keylong in tribal Lahaul and Spiti district froze at minus 6.7°C while Kalpa and Manali shivered at 0.1°C and 2°C. The local MeT office has predicted rain or snowfall at isolated places in higher hills from December 7 to 10 and in mid hills on December 7 and 8, as a fresh western disturbance is likely to affect northwest India from December 7.

Several places in lower hills reeled under piercing cold wave conditions as the mercury dropped by a few notches. Bhuntar recorded a low of 2.5°C, followed by Sundernagar 2.8°C, Solan and Mandi 4°C, and Palampur 5.5°C. However, Shimla and Dharamsala were warmer with a low of 9.9°C and 8.2°C, followed by Dalhousie 7.9°C and Kufri 7.7°C.

The weather remained dry in the region and the day temperatures stayed close to normal in the state. Una was the hottest during the day with a high of 25.8°C, followed by Solan 23°C and Sundernagar 22.7°C. While Keylong in Lahaul and Spiti recorded the maximum temperature of 4.2°C, Kalpa in adjoining tribal Kinnaur district was warmer with a high of 13.2°C compared to Kufri and Dalhousie, which recorded a high of 10.4°C and 12.7°C, respectively. — TNS