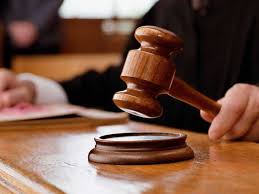 Expressing serious concern over the shortage of doctors and paramedical staff in Primary Health Centres (PHCs), the High Court has directed the government to immediately take steps to fill 24 posts of doctor.

The court directed the state to constitute a monitoring committee having powers to make selections to the posts of pharmacist, laboratory technician, nurse/midwife and radiographer.

It further directed Additional Chief Secretary RD Dhiman, who was present in the court, to take steps forthwith, advertise the posts, make selections and complete the entire process in a time-bound manner. The court further directed him to inform it about the vacant posts in the IGMC, Shimla.

A Division Bench comprising Chief Justice L Narayana Swami and Justice Anoop Chitkara also directed the Chief Secretary to file an affidavit, explaining the steps taken for the appointments to all these posts and the progress made by October 13.

The court directed the Director, NHRM, to file an affidavit furnishing the details regarding the availability of funds to the state from the date of inception of the PHCs, funds spent and the mechanism in place to that effect.

During the course of hearing, the counsel for the petitioner said the doctors were being appointed initially on a contract basis by paying Rs 25,000 per month, along with other allowances, which is the most discouraging aspect. The court directed the state to look into the matter and the reasons that even a Group-D employee gets a salary of more than Rs 25,000. The court passed the order on a PIL petition, highlighting the shortage of the medical staff in the PHCs.