Fly from Shimla to Kullu, Dharamsala from December 9 : The Tribune India 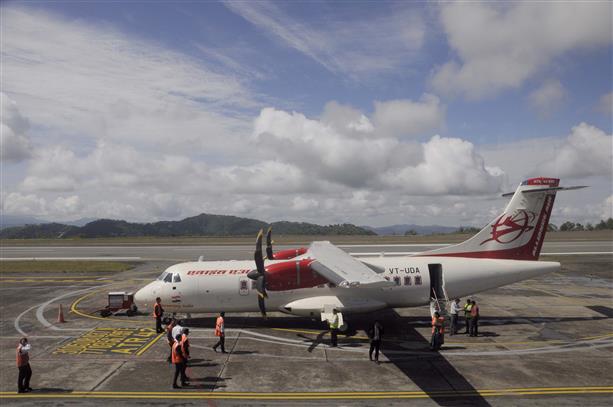 The much-awaited air services from the state capital to Dharamsala and Kullu is likely to be launched on December 9, after the counting of votes.

Even though the Tourism and Civil Aviation Department had planned to launch the flights earlier, the plan could not materialise due to the imposition of the Model Code of Conduct in view of the Assembly elections on November 12. However, now the Election Commission of India has given the go-ahead for the launch of the flights on December 9.

Priced at Rs 5,138 for one-way ticket, Alliance Air will operate flights between Shimla and Kullu on four days a week (Tuesday, Wednesday, Thursday and Sunday). Similarly, the flight connecting Shimla with Dharamsala will operate thrice a week on Monday, Friday and Saturday and will have the same fare of Rs 5,138. The flight between Shimla-Delhi has been operating since September 26 this year on all week at a subsidised fare of Rs 3,362.

The launch of the flights to these two popular destinations is likely to give a major impetus to tourism, especially in view of the Christmas and New Year festivities. With the Covid situation being almost under control, it is being hoped that tourists will throng the state in large numbers.

It is for the first time that flights connecting Shimla with Kullu and Dharamsala will operate here. Though efforts have been made to provide heli taxi services between various towns within the state, high fares and weight limit on luggage proved to be the inhibiting factors.

Hoteliers in the state have been demanding reliable and regular air services as a pre-requisite for tourism promotion. The ailing tourism and hospitality sector has been severely hit by the pandemic and now it is being hoped that the festivities around Christmas and New Year will bring in good business.

People involved in tourism industry said air connectivity between Dharamsala and Kullu should also be initiated so that high-end tourists can complete the Shimla-Kullu-Dharamsala circuit. 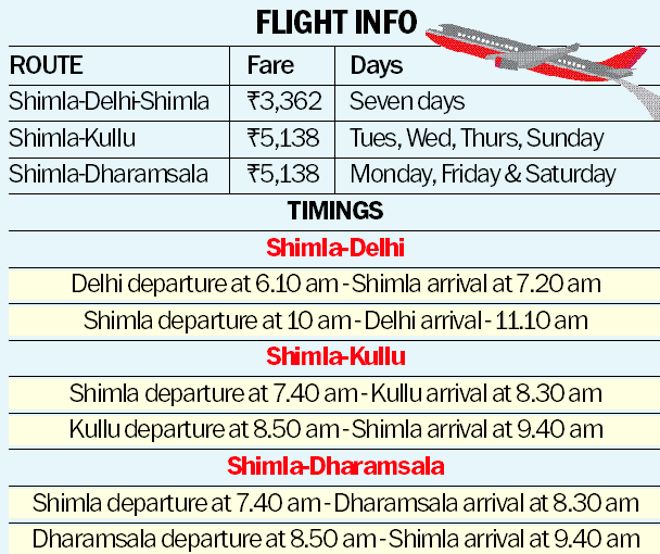