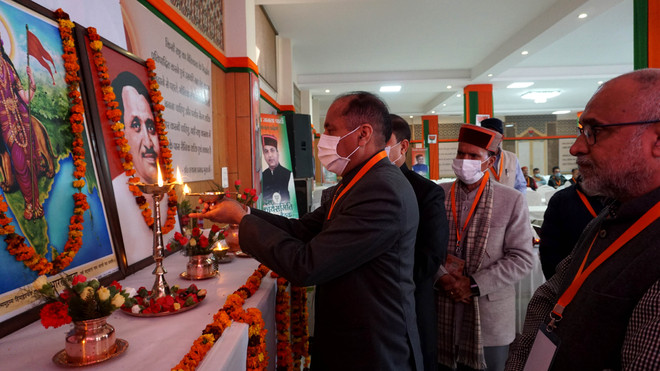 A three-day BJP state executive meeting got under way here today. National president of party JP Nadda would address the meet tomorrow. Union Minister of State for Finance and Corporate Affairs Anurag Thakur would join the meeting tomorrow. The executive meeting is scheduled from February 17 to 19.

Sources here said the BJP was gearing up for the Assembly election scheduled in the state at the end of 2022. It wanted to galvanise its grass-roots level workers for the polls. The next Assembly elections were crucial for Nadda as Himachal is his home state which would be going to the polls during his stint as the national president.

The corporation elections would be crucial for the current BJP government in the state as Assembly elections are scheduled for the next year-end. The CM has already announced that the elections would be held on party symbol and so it would be a direct contest between the ruling BJP and the main opposition Congress.

Sources here said byelection of the Fatehpur Assembly constituency in Kangra would also come up for discussion during the meeting. The Assembly seat fell vacant due to the death of Congress MLA Sujan Singh Pathania.

The sources here said though the byelection for the Fatehpur Assembly constituency was likely to be held along with West Bengal Assembly elections a few months from now, probable candidates for byelections would be discussed in executive meeting. Since hardly any mega infrastructure has come to ground during the stint of the present BJP government in last more than three years, the party is harping on the achievements of the Union government to romp home in Himachal. Party workers are being trained to take to voters the achievements of the Modi government as well as doing away of Article 370 in Jammu and Kashmir and Ram Temple construction.

The party workers were being trained to counter the issues such as rising prices of petrol and diesel and LPG which have hit the middle class hard.