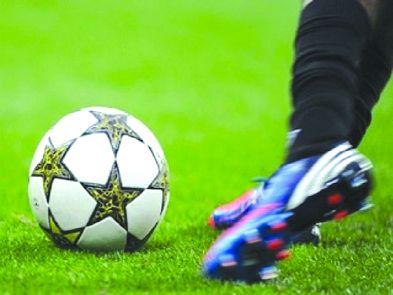 The 49th All India Hot weather Football tournament was inaugurated by Additional DC Jatin Lal at Paddal Ground here today. While inaugurating the event, the ADC said it was appreciable on the part of organisers to promote football game in the district. He said that sports was essential for the youths to maintain their physical and mental health. The ADC was given warm welcome by the members of organising committee of this event.

The first match was played between DFA Kangra and Bikaner FC Rajasthan which Bikaner team won by 1-0. The second match of the tournament will be played between Param FC Jammu and Ranger FC at 2 pm tomorrow. — TNS