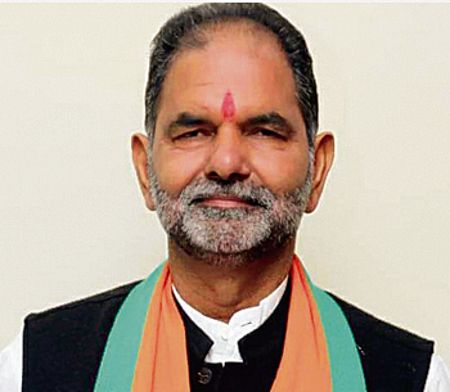 Parmar, considered close to national BJP president Jagat Prakash Nadda, who was denied the ticket for the assembly bypoll from Fatehpur in Kangra, last month had said that senior party leaders like him were feeling humiliated in the present set up.

He also said that he tried raising these issues at party forum but there was no say as people at the helm of affairs were not willing to listen.

The resignation comes at a very inopportune time, just a day before the significant core group and state BJP executive meeting to be held here on November 24-25.

The BJP legislature party meeting has been scheduled for November 26.

The resignation could trigger a crisis in the party as there is fear that some more resignations could follow. The core group and state executive meeting had been called to dissect the bypoll defeat and take corrective measures so that the party is fully geared for the 2022 Assembly polls, due later next year.

The resignation could further aggravate the simmering discontent among a section of the senior party leaders who feel they have no say in party decisions as the senior leadership behaves in a very autocratic manner.

Earlier, former minister and sitting MLA from Jwalamukhi Ramesh Dhawala too had aired his grouse against dictatorial style of functioning of senior leaders and interfering in his constituency.

Parmar, however, added that he had only resigned from the party post and not the party. The BJP suffered debacle at the hands of the Congress as it lost the Mandi Lok Sabha seat as well as three assembly bypolls, held last month.

The BJP candidate in the bypoll from Jubbal-Kotkhai Neelam Sarek, who lost her security deposit too, has registered her displeasure at the appointment of office bearers to the Mandal unit without consulting her.