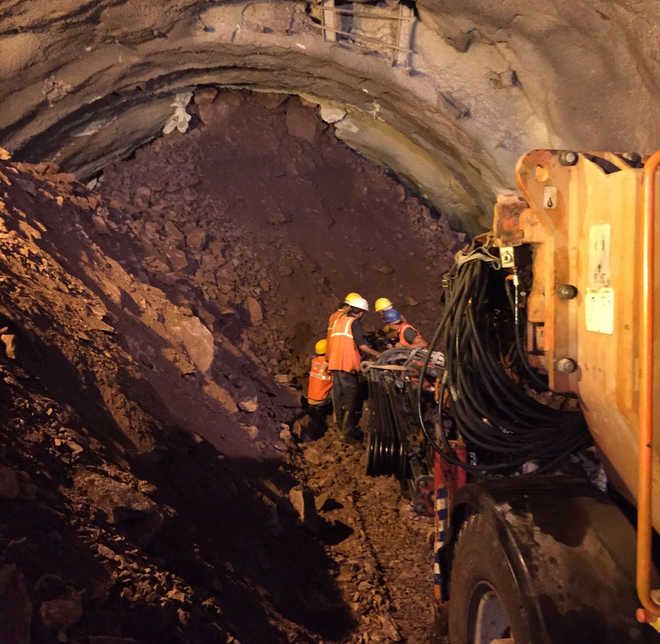 Four workmen were killed and one was injured as debris fell on them as one under-construction tunnel of the NHPC collapsed in Pancha Nala near Garsa in Bhuntar subdivision of this district today. The workmen were reportedly engaged in drilling when the tunnel collapsed. They were trapped under the debris.

The NHPC is carrying out construction of Parbati Hydro Electric Project – II and three diversion tunnels of about 600 metres were under construction in Garsa area. One of the tunnels caved in while drilling works during the evening causing the mishap in which five workmen were trapped under the debris. No other labourers were reportedly present in the tunnel when the incident occurred.

Kullu SP Gaurav Singh said that rescue teams were rushed to the site. The DSP, SDM and BMO also visited the spot and monitored the rescue operation. He added that two ambulances were sent. The officials of the NHPC also assisted in the rescue operation. All four bodies were recovered. Two of them were from Sirmaur, one was from Kullu and one from Nepal. The injured workman was provided treatment in Kullu hospital.