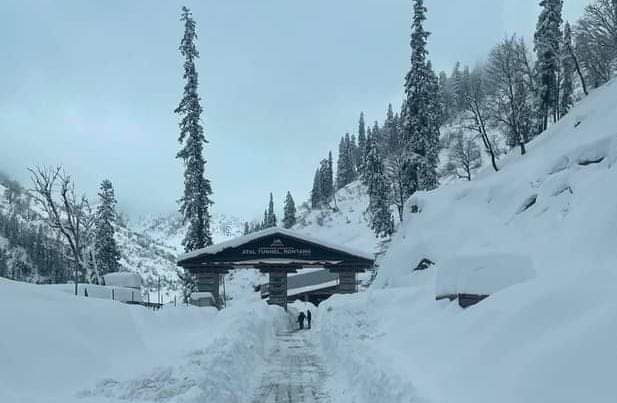 Fresh snowfall near Atal Tunnel on the Manali-Leh highway hampered traffic movement to the Lahaul valley today. Residents of the valley were cut off from the rest of the state.

An avalanche was witnessed on the highway at the Beeling Nullah but no loss of life or property was reported. The road leading to Pangi from Udaipur was also blocked. An avalanche warning has been issued in Sissu and Tandi. The district administration advised the people to avoid travelling on the road for a few days.

The Jalori Pass on the Aut-Luhri highway also received fresh snow, blocking the highway. The lower region of Mandi and Kullu districts received intermittent showers. The temperature has plummeted considerably in Mandi and Kullu. —