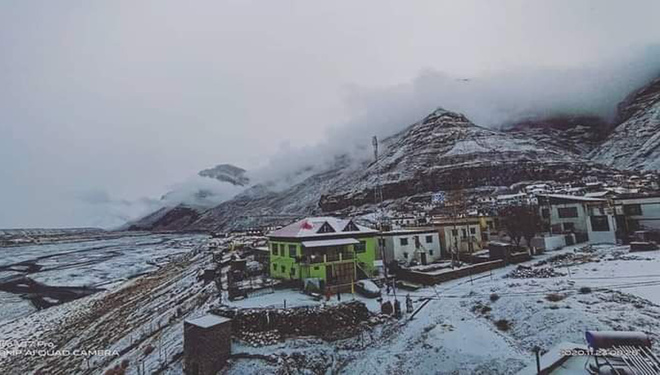 Chamba: The tribal Pangi valley in Chamba district received heavy snowfall last night. Reports revealed that Killar, sub-divisional headquarters town of Pangi, received 45 cm of snowfall while the high mountainous ranges witnessed heavy snowfall. High peaks of the Bharmour tribal region also experienced heavy snowfall. As a sequel to this, there was a sharp downfall in temperatures in the lower areas also. Intense cold wave conditions prevailed in and around Dalhousie town and other low-lying areas, thereby disrupting normal life. Meanwhile, Bharmour MLA Jia Lal Kapoor said that sufficient ration, including food and other edible commodities, had already been stored in government depots of the valley to meet the requirements of people when the region gets snowbound. — OC