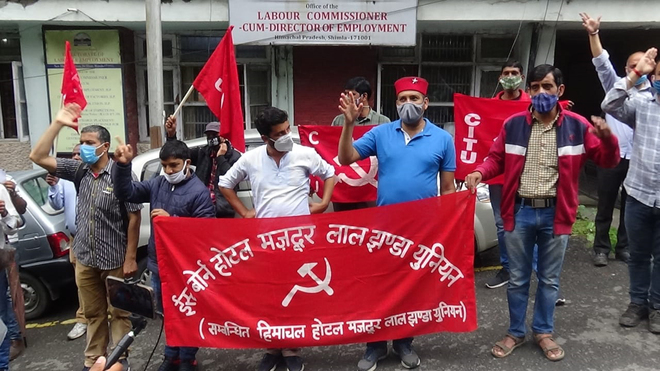 CITU activists protest at the Labour Office in Shimla on Thursday. Tribune photo

The Centre for Indian Trade Unions (CITU) today demanded that the families of the people who died of coronavirus be given an ex-gratia amount of Rs 4 lakh from Disaster Relief Fund.

While staging a protest outside the Labour Commissioner Office here today, CITU state president Vijender Mehra said every non income tax paying family should be given a financial assistance and free ration so that they could survive during the pandemic.

He further alleged that the government has failed to protect the interests of labourers and farmers during the pandemic. “The income of 97 per cent people has reduced, but the income of capitalists have increased manifold,” he said.