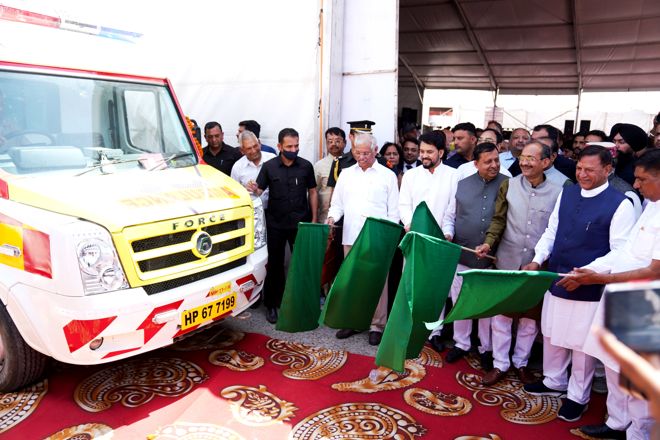 Governor RV Arlekar today inaugurated a mega health camp in Una on the completion of four years of the Saansad Mobile Health Service being run by Union Minister for Information and Broadcasting, Youth Services and Sports Anurag Thakur through ‘Prayas’. Anurag presided over the inaugural function.

The Governor congratulated Anurag for providing free health services on the doorsteps of the people.

The Governor said, “A good public representative always gives priority to the welfare of people and Anurag has proved that he is one such public representative.” He said four years ago, this service was launched by Anurag on the occasion of Ambedkar Jayanti with three mobile ambulances.

Anurag said on April 14, 2018, the service was launched from Aawah Devi, the temple of his ‘Kul Devi’. Today, 32 vehicles, equipped with machines which can perform 40 types of tests, having adequate stocks of medicines, besides a doctor and paramedics in each vehicle, were providing free health services in seven districts.

The minister said the services were being provided in about 6,500 villages falling under 1,350 panchayats of 23 Assembly constituencies. He said the vehicles also had a facility to conduct primary breast cancer screening tests. He said about seven lakh patients had been given free treatment, saving crores of rupees.

Anurag said May would be dedicated to women’s health. The mobile health vehicles would provide cancer and anaemia detection tests, besides performing other tests, he said.

The Union government had launched a country-wide programme to detect cases of malnutrition among children.

The Governor flagged off four vehicles, which will be added to the fleet of the Saansad Mobile Health Service. Thirty doctors attended to patients at the camp. 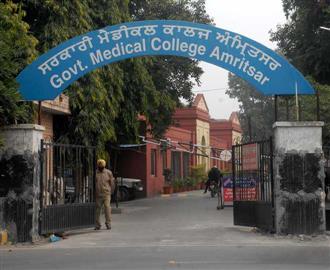