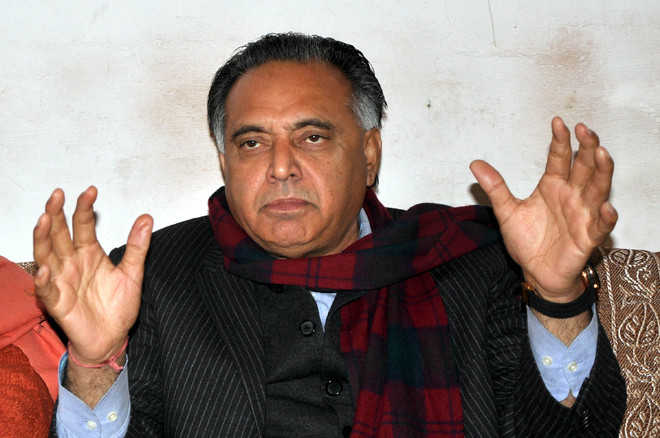 Bali alleged that most of Himachal residents travel by train. Many people from the state approached him after the Central Government imposed the service charges of Rs 15 on non-AC tickets and Rs 30 on AC tickets of trains.

The people are suffering on account of the price rise and the loss of income. We will launch an agitation against the rising prices.

He said, “The service tax is in addition to the GST on the railway tickets. When the GST was implemented in the country, the government had said that no other taxes would be levied on people. Now, all kinds of taxes such as service charge are being imposed, burdening people”.

Bali said that when people had lost their jobs, the Central and state governments were levying more taxes on them. The state government had increased bus fares by 25 per cent and now the Central Government had levied a service charge on the railway fares. The prices of diesel and petrol were already very high, pushing up the prices of essential commodities, he added.