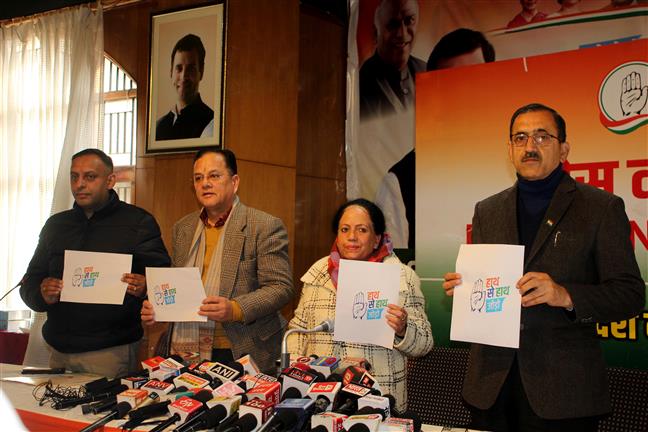 The Congress’s two-month long Haath Se Haath Jodo campaign, which will start from January 26, aims to reach out to 3,226 gram panchayats and 7,881 polling booths in the state.

A part of the nationwide campaign, the Congress will try and reach every household to highlight the “failures of the Narendra Modi government” during this initiative.

HPCC president Pratibha Singh, while addressing mediapersons here today, said that copies of a letter written by Rahul Gandhi containing the failures of the Central Government would be shared with people in every nook and corner of the state. She added that snowbound areas of the state would be covered in March.

Pratibha released the logo of the campaign and said it would make people aware of the failures and wrong steps of the Central Government like demonetisation, GST, etc. Pratibha would launch the campaign from Jogindernagar on January 26.