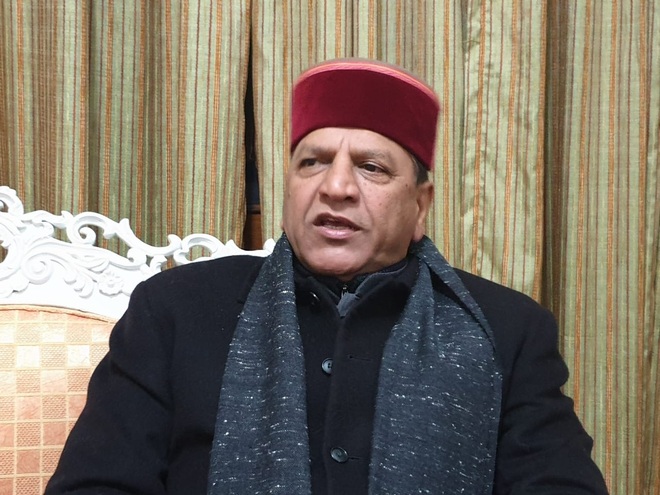 In a major political development, Himachal BJP president Dr Rajeev Bindal on Wednesday submitted his resignation from the post, ostensibly to uphold high moral ground, in the wake of turmoil created by an audio recording that led to arrest of former Director Health Services, Dr Ajay Gupta, to facilitate free and fair probe into the matter.

In his one-page resignation sent to BJP national president JP Nadda, Dr Bindal said “fingers are being raised on the BJP after the arrest of the former DHS and being the president of the party, I feel that the matter should be investigated properly without any pressure and I am submitting my resignation keeping in view the high moral values”.

The resignation came six days after the arrest of Dr Ajay Gupta by the State Vigilance and anti-corruption bureau in a corruption case pitched on audio recording with mention of bank accounts and alleged demand of Rs five lakh for supply of PPE kits, went viral.

Local newspapers and TV channels were agog with reports of a close associate of a “senior” BJP leader being questioned by Vigilance Bureau and seizing of his mobile phones in which the audio was recorded and made viral before deleting, which were sent to forensic lab, Junga, for retrieving  the “deleted” data.

The investigations took a curious turn after Dr Ajay Gupta was remanded to five days police custody yesterday after discharge from IGMC hospital and some ruling party leaders were apprehensive of major exposure of corruption in the Health Department and the resignation is seen as an attempt to pre-empt some political upheaval in the state BJP.

Dr Bindal was the choice of JP Nadda and had resigned from the post of Speaker of Vidhan Sabha and had taken over as president of the party on January 18, 2020.

The BJP government was under attack from opposition Congress on the issue while various posts in social media were critical of corruption in Health Department at a time when the state was passing through testing times in the wake of COVID-19 outbreak.