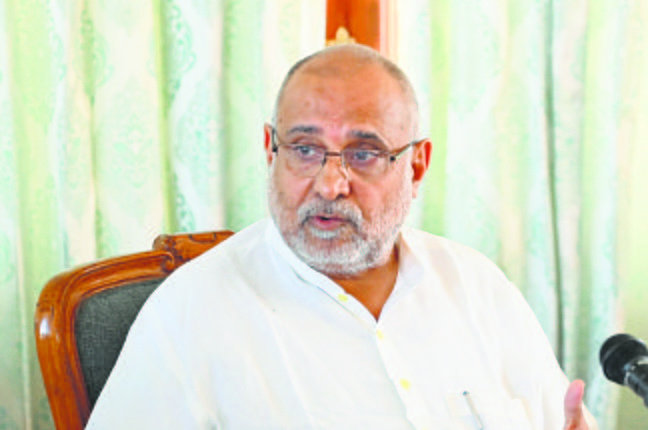 The BJP will win all four byelections in Himachal Pradesh on the plank of development and the rebels expelled for anti-party activities will not be taken back, state party in-charge Avinash Rai Khanna today said.

“Whenever a leader leaves the party, it is certainly a loss, but this time the party is determined not to readmit the expelled leaders,” Khanna told mediapersons here.

However for the Fatehpur bypoll, the BJP has given ticket this time to Baldev Thakur, who rebelled against the party to contest as an Independent against the official BJP candidate during the 2017 Assembly poll.

Khanna also said expelled BJP leader Chetan Bragta, who is fighting elections from Jubbal-Kotkhai as an Independent, was denied ticket as the party had taken a stand not to promote dynastic politics.

The performance of the government will ensure the party’s victory in all four byelections, Khanna said, adding that the BJP had worked for every section of society and its management of Covid-19 pandemic and the implementation of welfare schemes for poor were excellent.

Meanwhile, Chetan Bragta today claimed that the president and office-bearers of the Jubbal mandal of the BJP had resigned from the party to protest against the denial of party ticket to him.