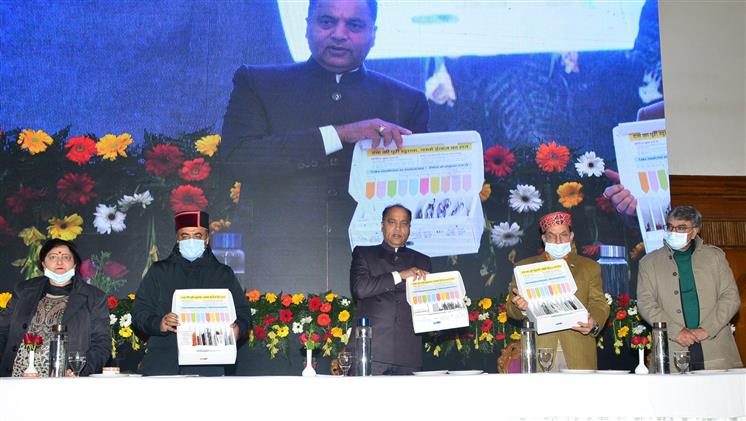 The plants were inaugurated at Chamba medical college, Civil Hospital, Chowari (Chamba), Deen Dayal Upadhyay Hospital and Kamla Nehru Hospital (both Shimla), Regional Hospital, Rampur, and Civil Hospital, Shimla. Of these six plants, five have been established through the PM CARES Fund and one through corporate social responsibility (CSR).

Thakur said it was a matter of satisfaction that the state had 41 PSA oxygen plants, 11,543 D-Type, 3,837 B-Type and 1,400 A-Type oxygen cylinders and more than 5,000 oxygen concentrators with a capacity to produce more than 95 metric tonnes of oxygen. He said at one stage, the state had only two oxygen plants at Shimla and Tanda.

The Chief Minister also launched three new health programmes under the National Health Mission. Under the Mission Drishti, the eyes of children of Classes VI to XII will be examined and free spectacles be provided.

Under the School Health and Wellness Programme under the Ayushman Bharat Scheme, two teachers will be nominated as health and wellness ambassadors from each school and be trained on 11 aspects related to adolescent health. These ambassadors will prepare two students of each class as health and wellness messengers. At present, the programme will be started in 3,017 schools in Mandi, Kangra, Bilaspur, Una, Chamba and Sirmaur and later it will be extended to other districts as well.

Thakur said in the past three days, more than two lakh children in the 15 to 18 age group have been vaccinated and Himachal hoped to become the first to vaccinate all in this age group.