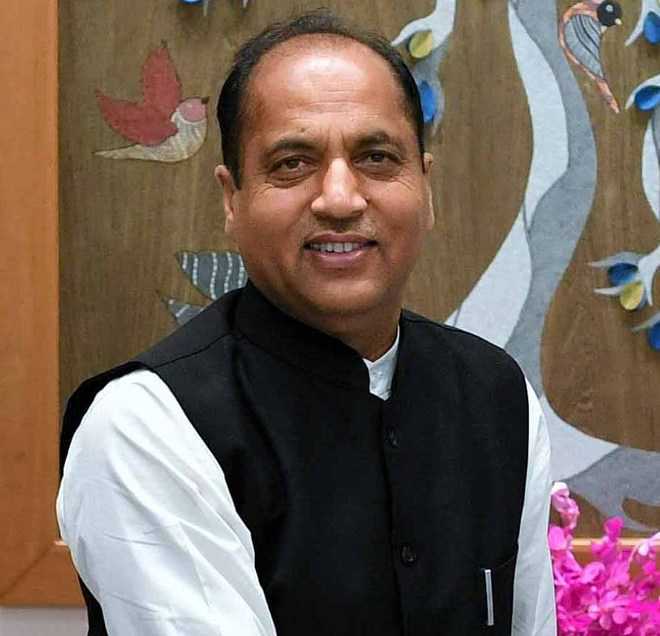 An effective media plan must be prepared to ensure that every Himachali gets a sense of being a part of the 50 years glorious journey of the state in various sectors.

This was stated by Chief Minister Jai Ram Thakur while presiding over a meeting of senior officials of the Information and Public Relations here today.

The documentary being produced to mark the golden jubilee of statehood should have interesting and catching glimpses of the journey of the government during 50 years and special thrust be laid on the progress of the state during these 50 years in major sectors. — Jai Ram Thakur, Chief Minister

He said public relations officials must work with greater zeal, dedication and professionalism to publicise policies and programmes of the government initiated for the cause of the common man. He said the golden jubilee year of statehood was the best opportunity to show the professionalism of the department.

Thakur said a documentary being produced by the department to mark the golden jubilee of statehood should have interesting and catching glimpse of the journey of the government during 50 years and special thrust be laid on the progress of the state during these 50 years in major sectors such as education, health, road connectivity, tourism, industry and power.

He said special issue of monthly magazine “Himprastha” should also be brought out which should not only be interesting for the readers but also have vivid glimpses of the state. He said a state-level function being held at Shimla should be made a memorable one by ensuring live telecast of the event through LEDs in all 68 Vidhan Sabha areas of the state, besides all the district headquarters.

Noted writers and historians should also be involved to write special articles on 50 years journey of Himachal, he said and added that effective use of the traditional media must also be ensured for wide publicity of achievement of the state during these years.

He said steps must also be taken to involve youth in this event and the department must also come out with a plan to publicise 51 mega events planned for the entire golden jubilee year. Director, Information and Public Relations, Harbans Singh Brascon made a detailed presentation regarding proposed media plan to make the event a grand success.