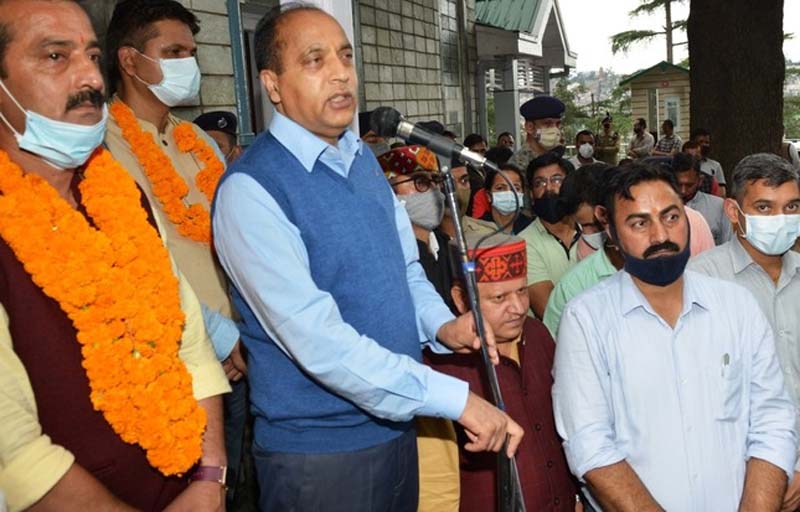 Chief Minister Jai Ram Thakur addresses a delegation of the Himachal NGO Federation at Oak Over in Shimla on Wednesday.

The state government was committed to the welfare of the employees of the state and all their genuine demands were being redressed, said Chief Minister Jai Ram Thakur while addressing the delegation of Himachal Pradesh NGO Federation led by its president Ashwani Thakur that called him here today.

Thakur also urged the employees to work with dedication to make Himachal a model state. President of the federation Ashwani Thakur urged the Chief Minister to convene a meeting of the Joint Coordination Committee so that the employees could present their various issues and demands before the government.