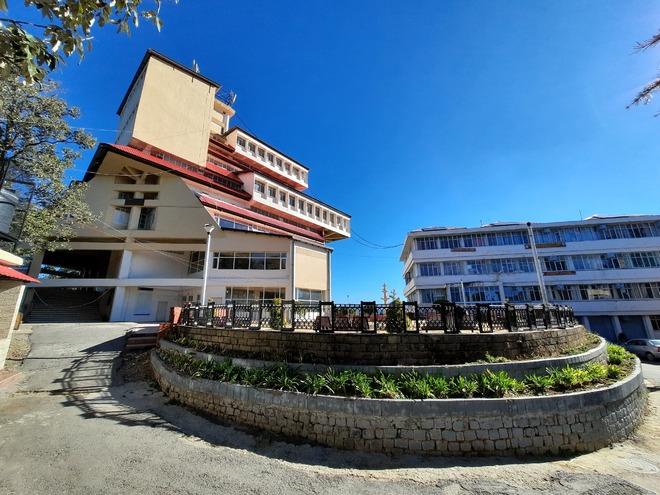 Himachal Pradesh University (HPU) failed to figure among the first 200 educational institutions in the National Institutional Ranking Framework (NIRF). The state government is repeatedly talking about quality education and the thrust of HPU was on improving the NAAC grading and NIRF ranking but it slipped further from 167th position last year. The university is high on promises and low on delivery and standards are continuously falling, said a retired professor.

The Facebook page of a key department in Solan district has become synonymous with the photo gallery of its head. The official is so obsessed with his pictures that they are also posted on the media group in heaps everyday much to the chagrin of the media persons. One wondered what is achieved through such ostentatious display of all and sundry visiting his office when serious law and order issues require more attention. The happenings prompted a resident to comment ‘One’s attitude determines one’s direction.’

An SUV bought by the son of a prominent politician from Kangra hogged political limelight this week. A rival leader addressed a press conference that two loans were raised for the vehicle and these were paid back in cash. The officials of the leading cooperative bank were left explaining how they accepted the entire loan payment for the SUV in cash despite RBI guidelines that cash of more than Rs 50,000 cannot be accepted from any individual. However, ironically the Opposition failed to cash in on the controversy and chose to keep mum over the issue.