Most of them have cast doubt that the traders, hit by the pandemic, will benefit 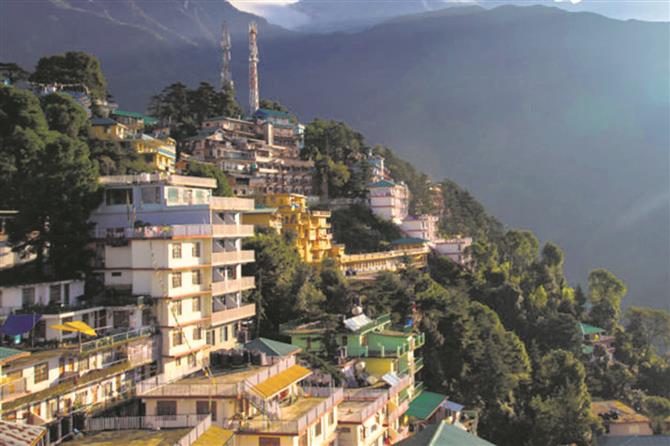 Most hotels in Dharamsala owed property tax worth lakhs to the MC. Hoteliers demanded that govt should have waived tax.

The financial package, cleared by the Cabinet yesterday, has failed to cheer hoteliers and transporters in Kangra. Most of them have cast doubt that the traders, hit by the pandemic, will benefit.

As per RBI guidelines, no bank can give loans to persons whose accounts have turned NPAs. They would not be able to raise fresh loans, Prem Kumar said.

Hoteliers said last year also, the government had announced an interest subvention scheme for the hoteliers but in the Kangra region, just less than 10 hoteliers could draw its benefit.

Ashwani Bamba, president of the hotel and restaurant association of Dharamsala, said most banks were not giving additional loans without a guarantee and collateral. Cooperative banks last year were offering additional loans to hoteliers at 11 per cent interest rate, which was high.

If the government was willing to give subsidy on interest to entrepreneurs, it should ensure that the banks should give additional loans to businessmen without any collateral or guarantee, Bamba said.

Hoteliers said had the government waived their annual renewal fees to be paid to pollution control, tourism and other departments, it would have been a better financial help.

They said most hotels in Dharamsala owed property tax worth lakhs to the municipal corporation. The hotels had remained closed for one year and were in no position to pay property tax. The government should have waived the tax.

Taxi operators are alleging that the government is charging annual registration charges and licence fee despite the fact that they hardly had any business for the past two years. The government should waive taxes that the Transport Department levies annually.