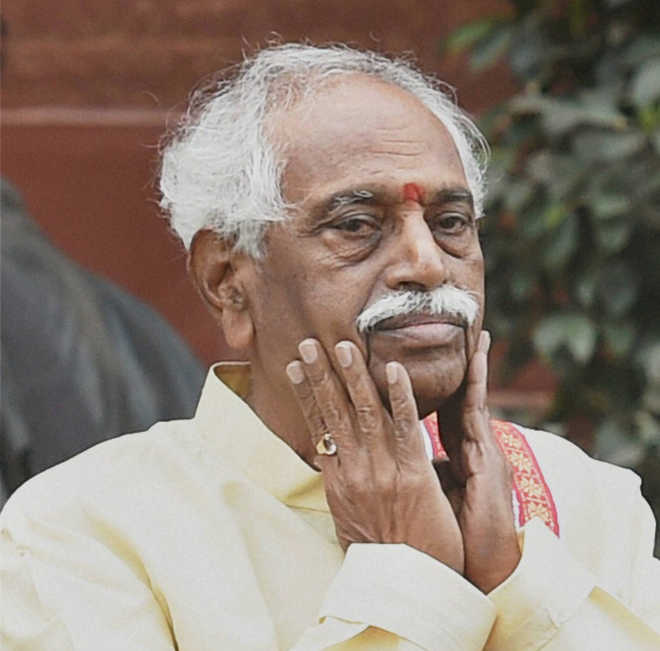 Himachal Governor Bandaru Dattatreya today said that affection, simplicity and hospitality of the tribal people had made an everlasting influence on him. - File photo

Governor Bandaru Dattatreya today said that affection, simplicity and hospitality of the tribal people had made an everlasting influence on him. He expressed happiness that many people of Kinnaur district were working on high positions in the state as well as the country.

The Governor said that the development of education, and infrastructure and the preservation of culture should be encouraged for the overall development of the area. He stressed on the conservation of forest and water on a priority basis.

While addressing a public meeting at Pooh gram panchayat in Kinnaur district, he emphasised on girl education and said a family and society progress only when “our daughters are educated”. — TNS