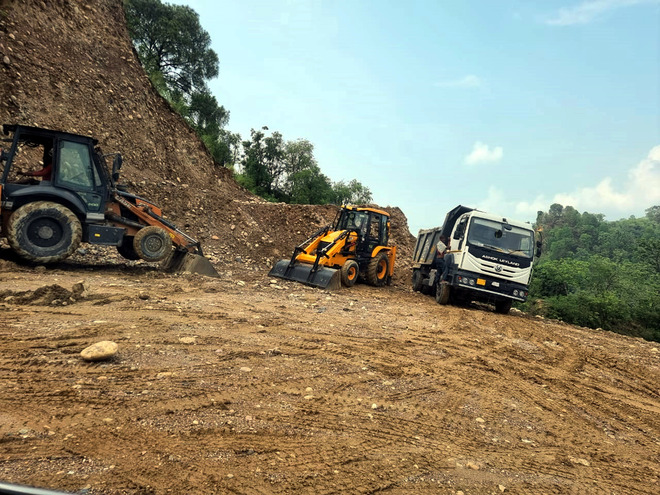 The Punjab Government has fixed the rates of sand lifted from natural rivulets at Rs 5.5 per cubic feet, and now local people are urging the Himachal government to adopt a similar policy. They allege that the rates of sand and gravel have gone up considerably in the state, raising the construction cost of residential houses.

Raghav Sharma, a resident of Una, says that in Himachal, sand is being sold at rates between Rs 21 and Rs 31 per cubic feet. “People constructing houses are being fleeced and the government should fix the prices of sand and gravel at least for the state residents,” he adds.

Navneet, a government contractor, says that as the government has virtually stopped sand mining in the rivers, the construction material suppliers are fleecing them. The state Public Works Department has asked the contractors to submit M-forms to get their bills cleared. As there are not enough legal sand mines in the state, the mining material suppliers are not giving them M-forms. The government should adopt a policy to ensure easy availability of sand and gravel for developmental works, he adds.

The Stone Crushers Association has also supported the demand for an objective policy on sand mining in the state. Dimple Thakur, president of the association of Una, says, “The Punjab Government has adopted a flexible policy for sand mining that will benefit the consumers and also increase the income of the government. In Himachal, there is no objective policy on mining. The rates of sand and gravel from legal mines are not fixed. Moreover, in the past one year, the government has not issued fresh leases for sand mining in rivulets, leading to a shortage of construction material and rise in their prices”.

Director Industries Rakesh Prajapati says, “The state government does not fix the rates of sand and gravel and the prices are market driven. However, if a proposal comes up from people or the Stone Crushers Association, the government may consider it”.

He says that the government is mulling over excluding brick-kilns from the definition of mining. The government will take a decision soon, he adds.